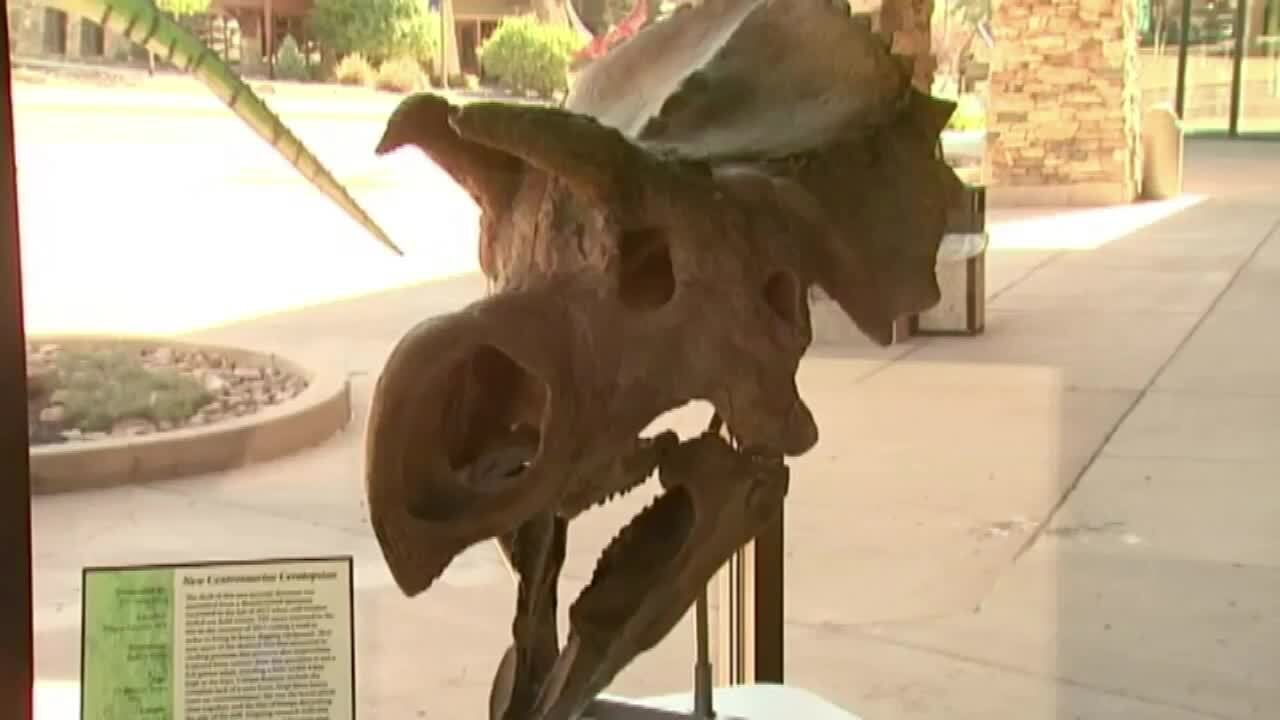 Back when what is now Montana straddled a sea, “Ava” roamed the land.

That’s the nickname given to the dinosaur pieced together by a team of Colorado-based paleontologists, who claimed this week that Ava is an example of a brand-new species that has significant similarities with the triceratops but appeared on Earth about 9 million years earlier.

This species hasn’t got a formal scientific name yet, though Mike Triebold — after consulting with four experts from other institutions — expressed full confidence that it’s the first of its kind. This optimism stems from the fact Triebold’s team isn’t just relying on a few assorted bits and pieces of fossils.

“A lot of times when you find a new species, it’s just a scrap,” Triebold explained to CNN. “We actually have 85% of the entire body of this animal.”

The species rebirth began in 2012, when Triebold — a self-professed “professional fossil hunter” — and his small team began focusing on an area of “really hard, concrete sand” in Montana’s Judith River formation. They coined the nickname “Ava”because, at first, they thought their find was an example of an avaceratops, an existing species.

But the more fossils they found, the more they realized “this is something new,” said Triebold, who runs the Rocky Mountain Dinosaur Resource Center in Woodland, Colorado. Then, he added, experts from four academic institutions confirmed as much.

By the end of 2013, they had most all the parts they’d get. And with that and some research came a growing understanding of this species.

This Ceratopsian dinosaur had plenty of neighbors some 75 million years ago, in the late Cretaceous period.

Back then, Montana looked nothing like it does now. The terrain was relatively flat, as the Rocky Mountains had yet to fully rise. The Western Interior Sea cut through the middle of what’s now the United States, meaning there were shorelines in places that might seem out of place today. And the climate was wet, warm and humid, producing plenty of lush vegetation.

That made it a good spot for all kinds of dinosaurs. Triebold’s discovery — which is a juvenile of the species, he says — wasn’t the biggest dinosaur in the neighborhood, at 11.5 feet long by 4.25 feet tall, but it held its own in the struggle for food and survival by chomping down on tough vegetation.

As to its looks, it has many similarities with a triceratops with the notable exception of a nose horn, said the paleontologist, who noted it is very possible these species are related. Its two other horns, on the brow, turn toward the middle and thus were very close together, Triebold explained.

“(It looked like) a fat pony with a big head and horns,” he said.