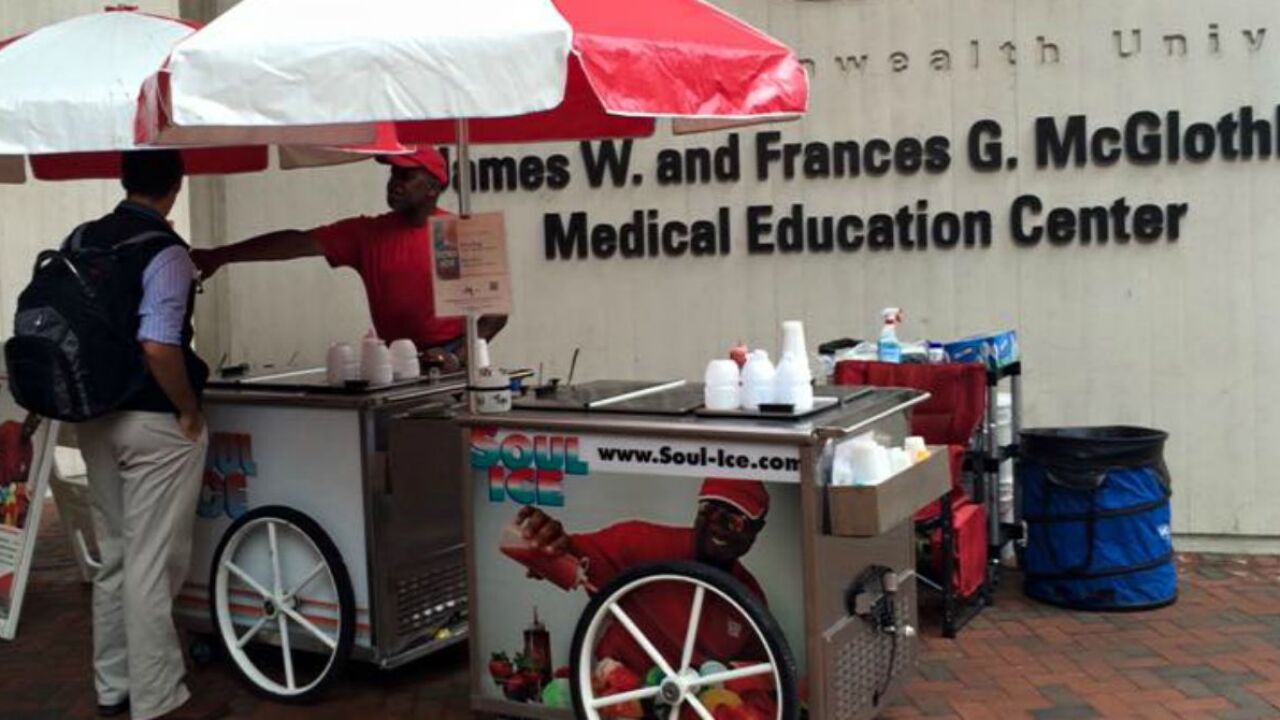 “Based off projections, this is going to be the biggest sporting event to ever happen in Richmond. They’re comparing it to a Tour de France,” Malcolm Andress, president of RVA Street Foodies and owner of Soul Ice, a frozen dessert vending company, said. “I have personally never done something like this before so it’s going to be interesting to learn from and to participate in as a vendor.”

Andress will be one of many food truck owners lined up along the streets of Richmond providing food to hungry fans. The variety of foods offered by the trucks will range from sandwiches and seafood and from pastries to chocolates. Richard Womble, co-owner of de Rochonnet Delights Chocolatier, said that he has plans to cater to the mainly European crowd.

“There’s a lot of Europeans coming for the bike race so we figured we would put out European chocolates and gelatos,” Womble said. “We even have beer gelato to offer.”

Soul Ice employee Ronnie Brewer stressed the importance of business etiquette when dealing with customers from all across the globe.

“It’s all about how you carry yourself, your character, your conduct, and how you welcome people in,” Brewer said. “[Business owners] want to see if we are friendly and they are wondering is it possible to bring their businesses here and cause the economy to grow.”

There have been concerns among owners about the locations allowed for their food trucks throughout the downtown area. These concerns stemmed from the treatment of local food trucks at the Bon Secours Washington Redskins Training Center. But Andress said that these placement issues were limited to the training facility and would not happen during the UCI World Road Championships.

“In the case with the Redskins, you had their private vendors versus the local businesses and instead of collaborating together, there was a wall between the two,” Andress said. “That’s what resulted in a bad take in the relationship with [the Redskins training camp].”

During the training camp, vendors did not get the business they had hoped for, because they were ordered to set up several blocks from the site.

Adrienne Gainer, manager of Pizza Tonight, said that she had received some exciting catering opportunities for her business during the race. She said that she will be catering at an annual rooftop party and also for the Italian professional bike team.

“We are happy to be doing that. We feel sort of special,” Gainer said.

By Sterling Giles and Haley Beck (Special to WTVR.com)