How this social worker uses hip-hop as therapy for teens 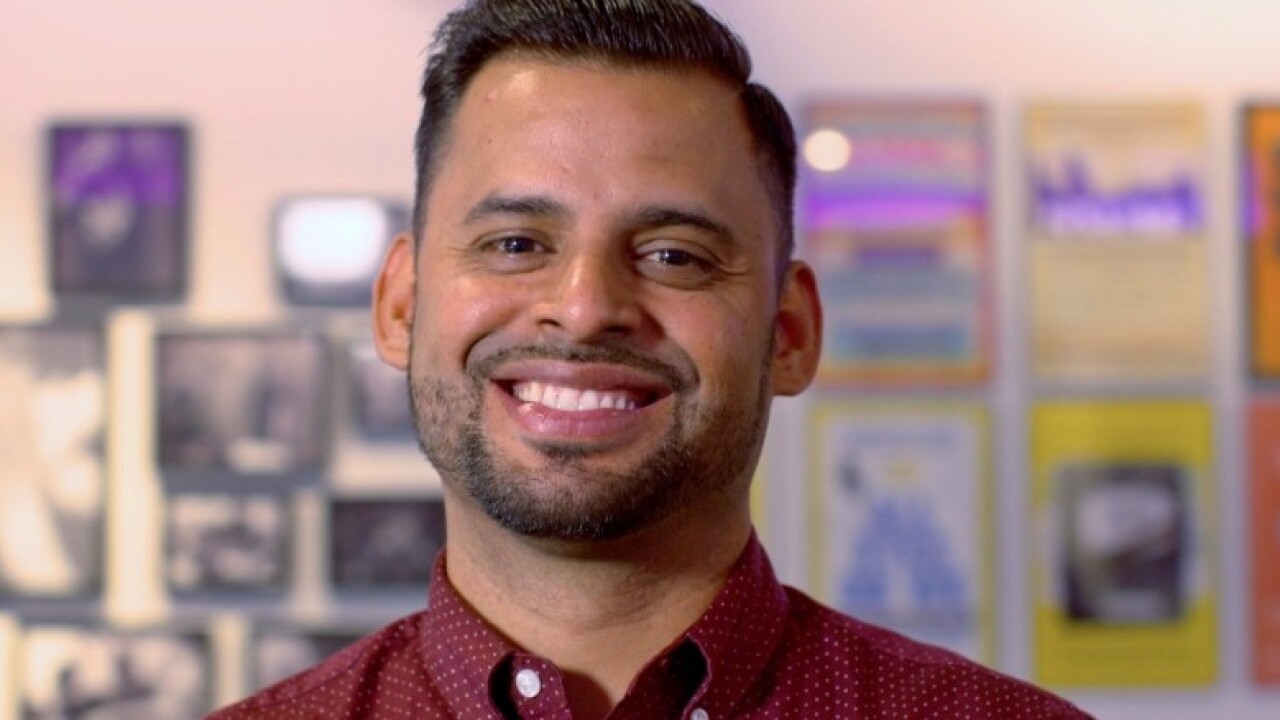 OAKLAND, Calif. — To some people, hip-hop lyrics are about misogyny, materialism, drugs and violence.

But to Tomás Alvarez, they’re about something more. They’re a way to help teens overcome hardship.

As a high school social worker in Oakland, California, Alvarez was frustrated by the number of boys of color he saw dropping out of school or falling into the criminal justice system. And he found it challenging to reach them through traditional therapy.

“The honest truth is that our public school and mental health systems are not well-equipped to address trauma in a way that is resonating with them,” Alvarez said.

So he tried a different approach.

“I started one of the country’s first hip-hop therapy programs,” said Alvarez, who co-founded Beats Rhymes and Life, a nonprofit that provides free counseling sessions to Bay Area youth.

“A lot of the young people that come to us have witnessed or been a victim of violence. They have unresolved grief,” he said. “We’ve created a safe space for them to tell their stories, to be vulnerable and to seek support.”

Alvarez and his staff bring their Beats Rhymes and Life hip-hop sessions to young people out in the community — hosting the program in schools, mental health facilities, at youth centers and in public libraries. Youth participate in peer-mentorship activities and are encouraged to write and rap about their feelings.

“A lot of people come for the hip-hop, but they stay for the healing,” Alvarez said.

Since 2009, Alvarez says more than 1,000 young people have found hope through the program.

CNN spoke to Alvarez about his work. Below is an edited version of the conversation.

CNN: What are some challenges you face by injecting hip-hop into a therapeutic space?

Tomás Alvarez: In mainstream society, there are a lot of stereotypes and myths about hip-hop — that it’s all misogynistic, that it promotes materialism and drugs and violence. Certainly a lot of hip-hop does do that, but that’s not all hip-hop is.

There’s another layer. These are also major themes in a lot of poor communities across this country. I think that we should start to ask questions around — well, if art does imitate life, why are these themes so prevalent in the music? It could be because these themes are so prevalent in so many disadvantaged communities. I think that hip-hop has faced so much criticism because it’s held a mirror to society, and in particular, our young people have held a mirror to society.

The thing about hip-hop that people need to understand is that it was created by youth in response to social conditions such as violence, poverty and lack of access to opportunities and resources. The true purpose of hip-hop is to empower people and to impact change. Hip-hop allows people to not only transform themselves but transform their communities.

CNN: What sparked your idea to use hip-hop to reach African-American and Latino youth?

Alvarez: As a man of color, I’m painfully aware of the disparities and the unique challenges facing our boys and men of color. Where I worked as a school social worker many fell behind in school, not because they weren’t intelligent, but because they faced tremendous obstacles and challenges outside of school. They’re growing up in a community plagued by violence and crime. They’re having to worry about their safety on the way home. They’ve experienced numerous losses.

I realized in my mid-twenties that it was my life’s purpose to work with youth. I decided to focus on helping this particular group advance and overcome obstacles in their life. I would meet with young men for individual therapy sessions, and I’d do a little bit of case management. Over time, I became very discouraged. Despite their clear need for support, they just weren’t trying to be associated with anything that the school or the mental health system had to offer.

I really began to question the usefulness of traditional talk therapy inside an urban environment. I knew that if I really wanted to engage this group, it would have to be aligned with their world view and embrace their cultural expressions — which for this particular group of young men and so many more is hip-hop.

CNN: When did you discover hip-hop?

Alvarez: My dad was always into music, and we would often go to the record store. I remember looking around, and I came across a cassette tape of Pete Rock & CL Smooth. I liked the design on the cover and asked my dad if I could buy it. He was reluctant, but eventually he said, “OK.” And that was my first hip-hop tape. I took it home, and I listened to it and I completely fell in love with the sound.

Growing up, we listened to a lot of different types of music — Latin, soul, rock, oldies, country — just about everything. What I loved about the early hip-hop that I discovered was that it kind of had influences from all these genres that I was familiar with from my dad. And while I learned to appreciate all kinds of music, I felt like (hip-hop) spoke to me and who I was.

Want to get involved? Check out the Beats Rhymes and Life website at www.brl-inc.org and see how to help.