GM victim: I was robbed of a part of my life 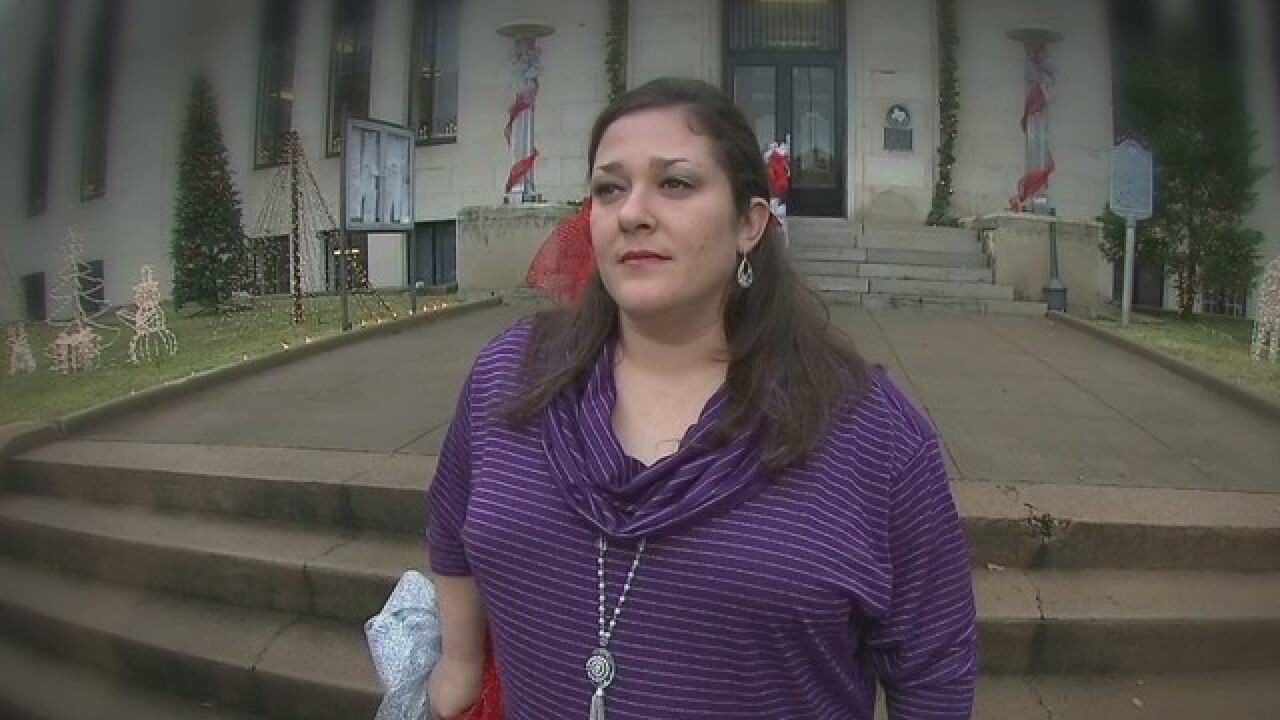 General Motors will pay $900 million to settle criminal charges related to its flawed ignition switch that has been tied to at least 124 deaths.

Problems with the ignition switch could shut off the car while it was being driven, disabling the airbag, power steering and power brakes — and putting drivers and passengers at risk.

GM had already admitted that its employees were aware of the problem nearly a decade before it started to recall millions of the cars early last year. That delay is the basis behind the criminal charges.

The settlement was disclosed Thursday by the Justice Department. No individual GM executives were charged in the case — a fact that was called “grossly inadequate” by the mother of a crash victim.

“While nothing can bring my daughter back, we need a system where auto executives are accountable to the public and not just corporate profits,” said Laura Christian, whose 16-year-old daughter Amber Marie Rose was killed in 2005.

Barra responded later in the day. “This is a tragic situation and we understand that lives are impacted,” she said. “We’ve made substantial changes, and people know we are sincere.”

U.S. Attorney Preet Bharara said the law makes it difficult to prosecute individuals or to impose greater penalties on a company.

Technically, it isn’t illegal to sell a car that has a defect that can kill people, he explained. That’s why instead he charged the company for failing to report the information it had about the defect. Applying those laws to individuals would be difficult.

He said he’s met with family members of those killed — an experience that he called searing — and understands why they’re their disappointed that no individual has been held accountable.

He also said the investigation is continuing and won’t rule out charges against individuals at some point in the future.

Bharara also said that once the problem was disclosed, the cooperation by GM executives has been “fairly extraordinary.”

“Good behavior after the fact does not absolve GM or any company,” he said. But it should be acknowledged and encouraged by authorities, he said.

“It’s the reason we’re here after 18 months rather than four years,” he said.

The Justice Department agreed to defer prosecution in the case, essentially placing the company on probation for the next three years. The criminal case will then be dropped if GM continues to cooperate with federal authorities during that time.

Under the settlement GM agreed to hire an independent monitor of its recall process to insure the company continues to comply with federal safety reporting regulations. The monitor will operate a toll free phone service for people to call in complaints anonymously.

GM also said it has struck a deal to settle a civil class action suit involving nearly 1,400 cases of death or serious injuries. The case includes recalls beyond the ignition switch problem.

GM did not disclose the amount it has agreed to pay in that civil case, but it said it said it would take an additional $575 million charge against earnings to account for the payments in both the civil and criminal cases. The company has taken previous charges in anticipation of these costs.

“The parties to these agreements have resolved difficult claims without the burden, expense, and uncertainty of litigation,” said GM General Counsel Craig Glidden.

The automaker has previously set up a compensation fund to pay the families of those killed, as well as those injured, in accidents. GM is slated to pay more than $600 million to victims and their families.

General Motors has also changed how it handles recalls. The result: a massive surge of more than 30 million recalls and an estimated $4.1 billion cost to repair cars and trucks, not including the cost of this fine.

GM has already agreed to pay the maximum possible fine of $35 million to settle civil charges with federal safety regulators.

The criminal settlement is just the latest announced by the Justice Department against corporations.

Last year Toyota agreed to pay $1.2 billion to settle a case related to its failure to recall cars despite reports of unintended acceleration. In 2013 JPMorgan Chase agreed to a record $13 billion fine to settle criminal charges related to the sale of mortgage backed securities ahead of the 2008 financial crisis.