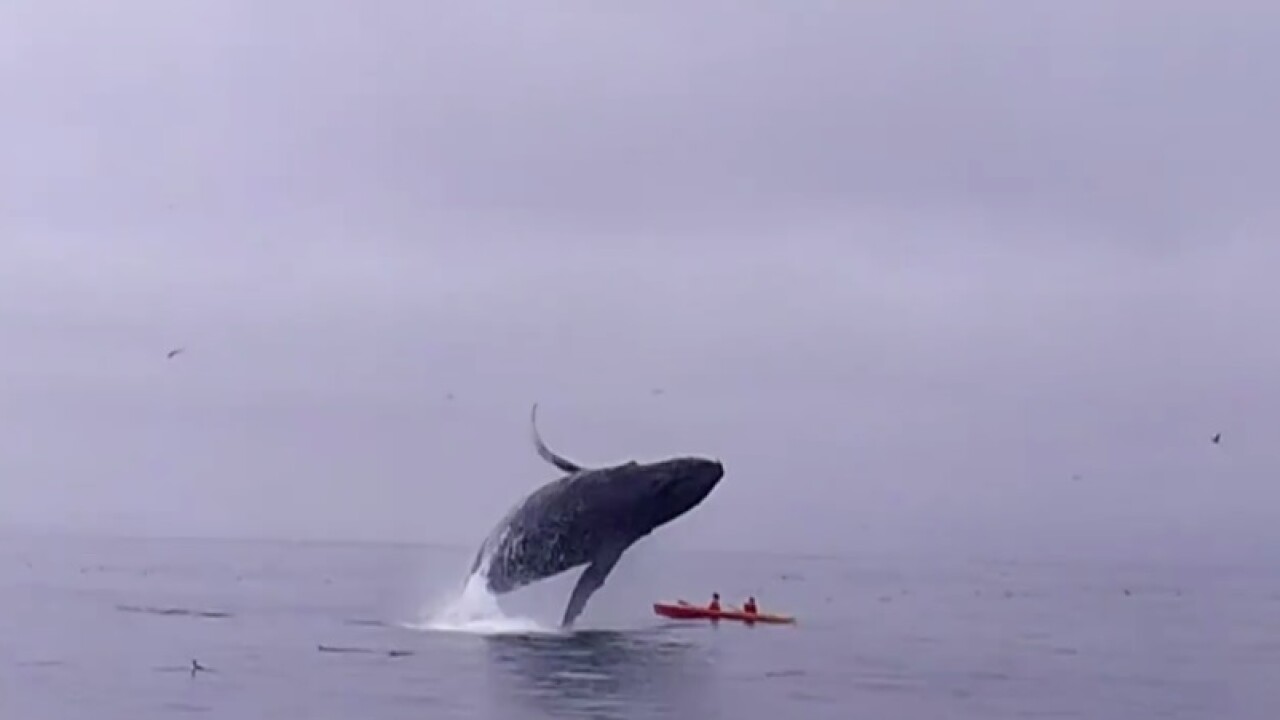 A massive humpback whale nearly flattened a pair of kayakers on California’s Central Coast when it launched out of the sea and landed on their boat.

Nearby whale watchers looked on in fright as the creature flipped the couple into the water Saturday near Monterey Bay’s Moss Landing Harbor. A video filmed by a Sanctuary Cruises passenger and shared by the company on Facebook shows the whale’s “full 180 degree breach.”

The kayaking company that took the paddlers out that day has halted its whale-watching tours, citing the safety of both its kayakers and the whales.

A full-size humpback whale can weigh more than 40 tons. Sanctuary Cruises captain and co-owner Michael Sack, writing about the encounter on the company’s blog, said it was “one of the more dangerous situations that I’ve seen out here.”

There has been a high number of reported sightings of humpback whales and other marine mammals in the Monterey Bay area in the past couple of years. Saturday’s kayakers, who are tourists from the United Kingdom, were paddling through a large pod of humpback whales when they were knocked underwater. They were less than a mile from shore. Both were wearing life vests, and some other paddlers helped right their boat.

Sean Furey, a guide with Monterey Bay Kayaks who was with the group when it happened, told CNN the couple handled the whole thing “incredibly well.” The company immediately made the decision to suspend its whale-watching tours.

“We’ve talked to some biologists and we feel it’s probably affecting the health of the whales, affecting their ability to feed so we just want to make sure that the whales are safe out there and keep everybody safe here,” Furey told CNN affiliate KSBW-TV.