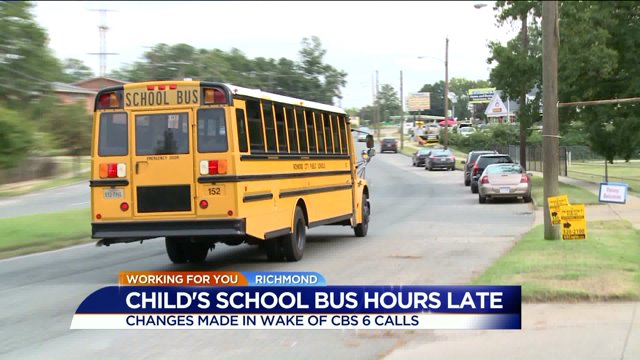 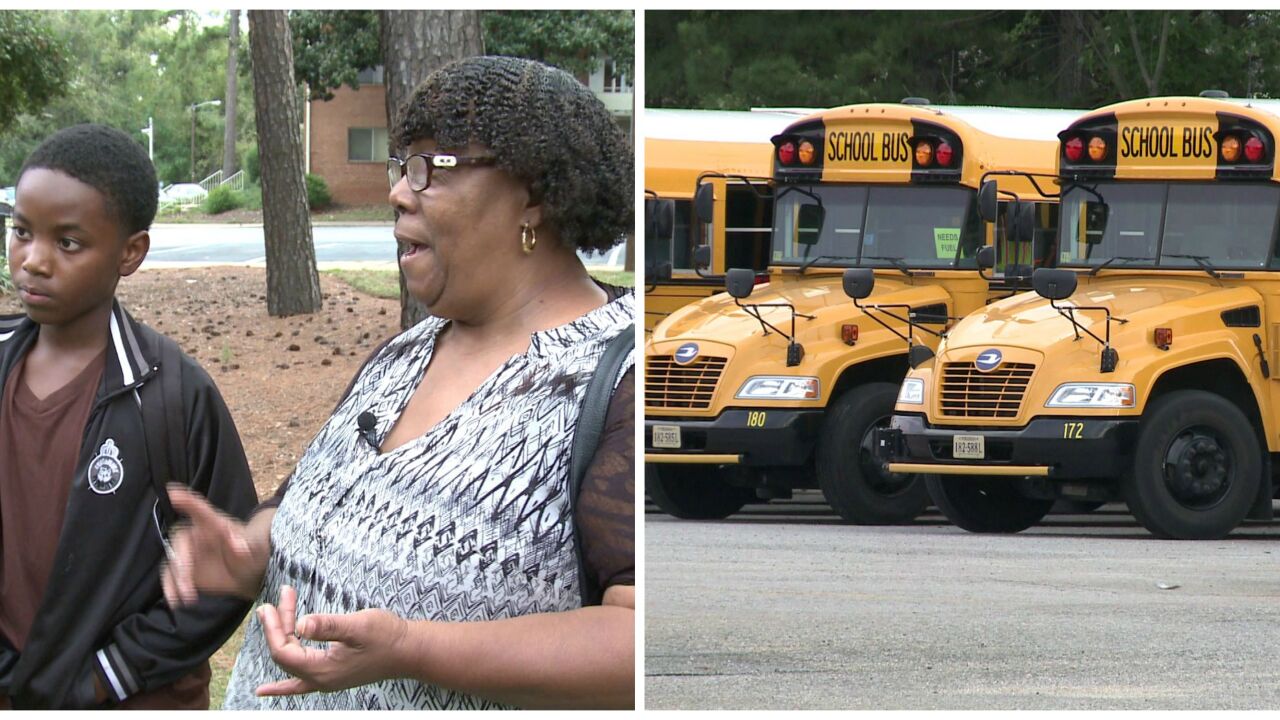 RICHMOND, Va. -- A Richmond grandmother said her grandson’s school bus has been arriving as late as an hour late since school began last week.

Alice Anderson said she has had issues with her grandson's school bus dropping him off late since the first day of school.

Anderson's grandson, Tiyell is a fifth grader at Westover Hills Elementary School in Richmond. She said on Tuesday, Tiyell didn't get home until after 6 p.m.

Anderson reached out to CBS 6 for help.

Alice Anderson and her grandson Tiyell

CBS 6 reporter Chelsea Rarrick got in touch with Cletisha Lovelace, a spokesperson for Richmond Public Schools.

Lovelace said Tiyell's bus was significantly delayed Tuesday, but it was an isolated incident. She said the school system is investigating the complaint, and will be evaluating the route to ensure a timely and efficient bus service.

Anderson said she also received a call from an administrator regarding her concerns. "He promised that today would be the end of it, it would not happen again," she said.

Anderson said Wednesday was the first day that the bus arrived at the stop around 4:30, which according to Lovelace is the targeted time.

"I hope today is the end of the issue because if not it's a serious problem because soon it will be getting dark," she said.