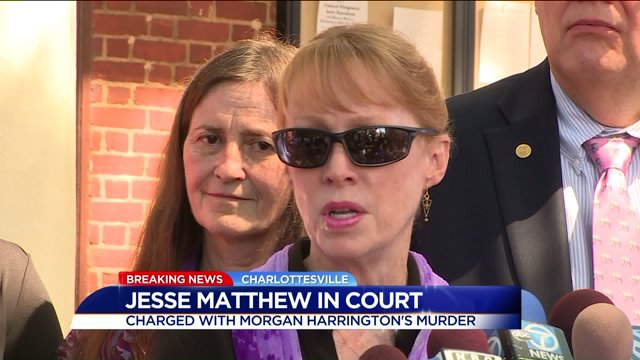 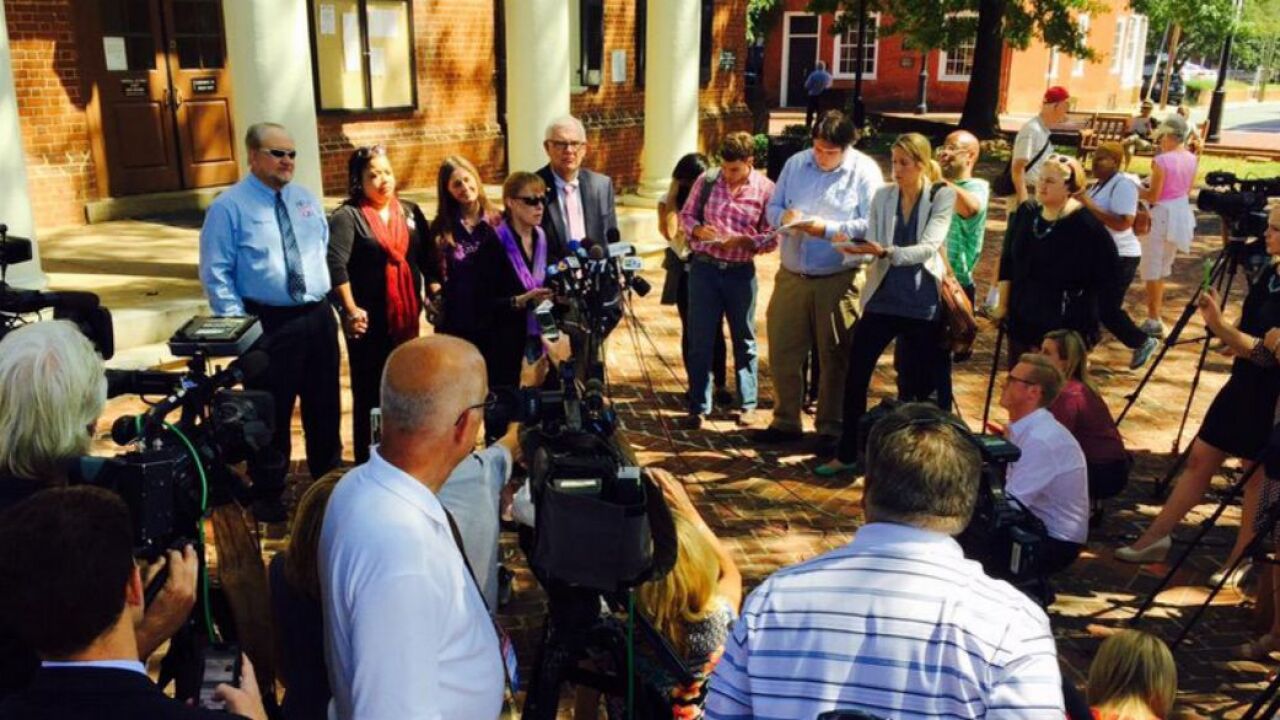 CHARLOTTESVILLE, Va. -- Almost six years after Morgan Harrington disappeared outside John Paul Jones Arena in Charlottesville while attending a Metallica concert, Jesse Matthew Jr. has been charged with her murder.

The remains of Harrington, who was last seen alive on Oct. 17, 2009, were discovered on a rural Albemarle County farm in January 2010.

The man now charged in her murder is also charged with capital murder in the abduction and death of second-year UVa. student Hannah Graham. He could face the death penalty if convicted, and his trial for those charges

Matthew made his first appearance on two felony charges in a Charlottesville court on Wednesday afternoon. The two charges of first-degree murder and intent to defile carry a maximum penalty of life in prison.

He made long, direct eye contact with Morgan Harrington’s family as he walked out. He has previously glanced at members of the family, but on Wednesday he "looked them up and down."

The Harrington family has been tireless in their pursuit for information regarding their daughter’s death, and has stood strongly as advocates for justice in other missing victims’ cases. They have campaigned for victims through Save the Next Girl organization.

In November 2014, police forensically linked Matthew to Harrington. Matthew’s DNA was found on the black “Pantera” shirt Morgan Harrington wore the night she disappeared, according to a search warrant obtained by CBS 6 reporter Laura French.

That DNA was long associated with a 2005 abduction, rape and attempted murder in Northern Virginia, for which Matthew entered an Alfred plea in June 2015. He will serve life in prison for that crime.

"It’s not really a celebration because it does underscore the fact that our daughter was murdered,” Gil Harrington said.

From outside the court house, Harrington addressed reporters.

“We are grateful, we are pleased, we are sad and in a way it make more real the fact that Morgan is dead and murdered,” Harrington said. “It’s a real kaleidoscope of feelings that we are experiencing.”

WATCH It's a kaleidoscope of feelings we are feeling...we don't have our heartbeat anymore" -Gil Harrington @CBS6 pic.twitter.com/Ph5yAkupWX

"We’ve been running a marathon for six years and I understand now we have to put on a different pair of shoes and run a different marathon  but by golly we have the fortitude to do it,” Harrington told CBS 6 reporter Laura French the night she heard the news.

“The defense has to make a decision about whether they want him to go to trial two separate times for these very serious charges or try them together and that`s a really tough decision to make,” said CBS 6 Legal Analyst Todd Stone.

The next status hearing for Matthew is scheduled for Sept. 30, around 2 p.m., and it will be in conjunction with a court appearance he has for motions in the Graham murder case.