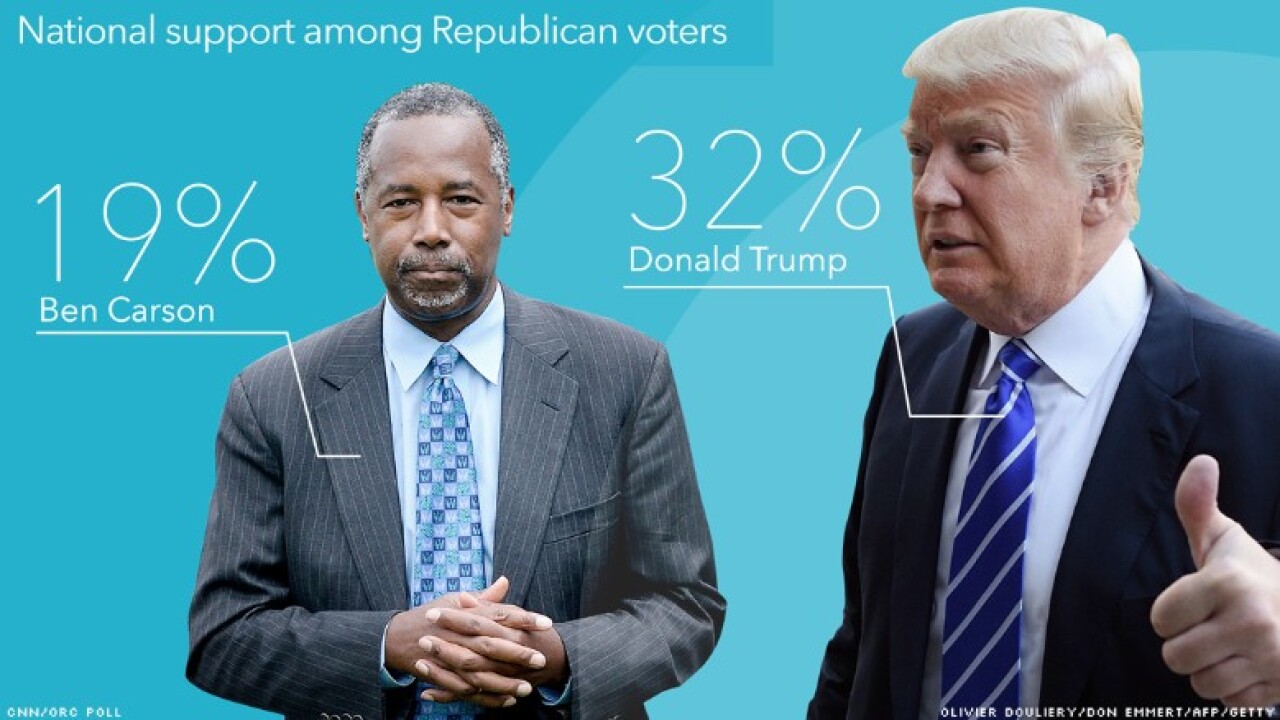 WASHINGTON — Ben Carson is closing in on Donald Trump in New Hampshire, according to a new poll out Wednesday, just hours before the candidates will face off against each other in the second Republican primary debate.

Trump is still leading GOP candidates and has 22% of likely voters in the New Hampshire Republican primary, according to the WBUR survey. But Carson has garnered 18% of support, bringing him within 4 points of Trump. Fiorina has 11%, pushing Bush out of the top 3. The former Florida governor and Ohio Gov. John Kasich both polled at 9%.

Ted Cruz, Rand Paul, Chris Christie, Marco Rubio, Scott Walker and Mike Huckabee all rounded out the top of the field by polling in between 5 and 1%.

The top three — Trump, Carson and Fiorina — have been billed as Washington outsiders for having practically no experience in elected office and having resumes that draw from the private sector. Of those polled, just 24% called experience in other elected office a “very important consideration,” compared to 83% who said bringing “real change to Washington” is important.

About 9 in 10 respondents are previous primary voters. The poll was conducted using live telephone interviews Sept. 12-14, among 404 likely voters, and the margin is plus-or-minus 4.9 percentage points.