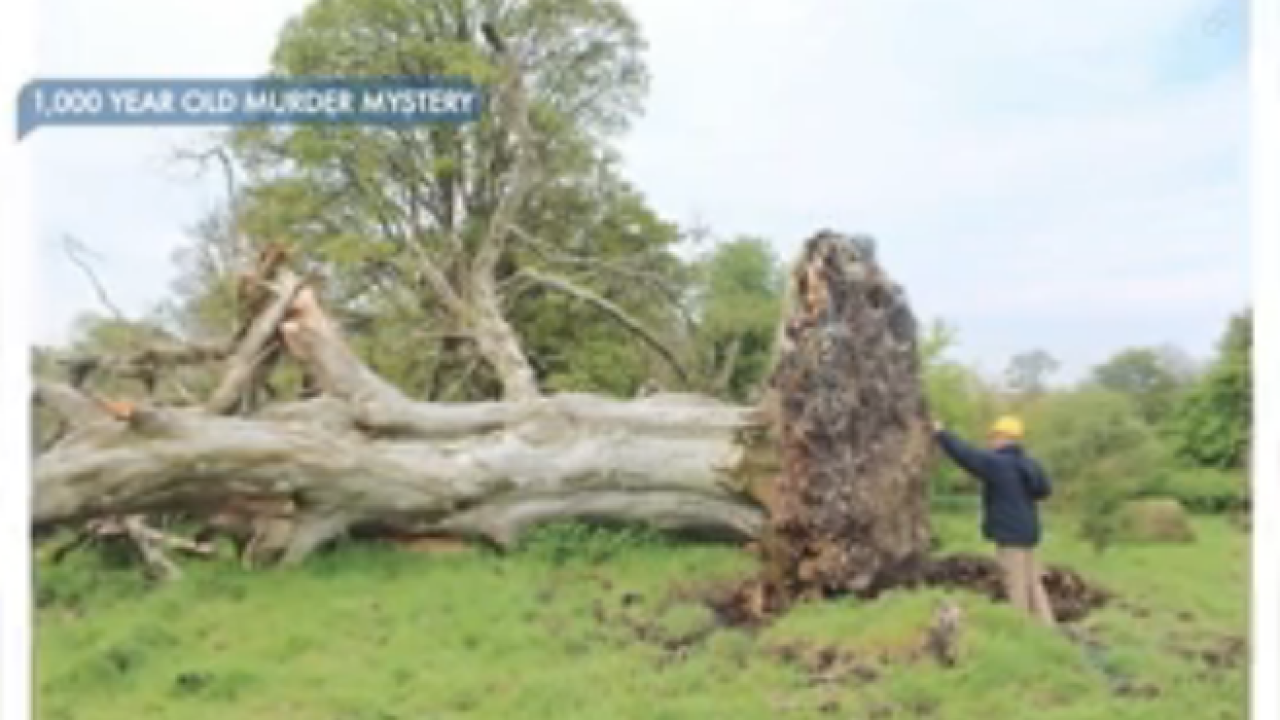 Nearly 1,000 years ago, a young Gaelic man came to a violent end among the dispersed farmsteads of northwestern Ireland.

This, we know, thanks to a 215-year-old tree and a hearty Irish wind.

The young man's remains were discovered tangled in the roots of the tree when it blew over sometime before May. That's when an archaeologist hired by Ireland's National Monuments Service excavated the remains.

The lower leg bones remained in the grave, but the upper part of the body was tangled up in the roots, according to Marion Dowd of Sligo-Leitrim Archaeological Services.

Radiocarbon dating suggests the remains date back to the early medieval period, from 1030 to 1200. The man, who appeared to be about 17 to 20 years old, had what seem to be knife injuries to the ribs and hand, Dowd said.

"We can assume that the young man came from a local Gaelic family (because the Anglo-Norman invasion didn't occur until 1169 and our radiocarbon date suggests the burial pre-dates this)," Dowd told CNN by email. "So it could be a local conflict/battle, or personal dispute, that resulted in his death."

It appears the man received a formal Christian burial as his head lain to the west with the corpse lying on its back, she said. Nothing else was found with the remains, she said.

The discovery was made in a rural area outside Sligo, a town in northwestern Ireland. The man's remains predate the city, although 19th-century records suggest the presence of a church and graveyard in the general area, Dowd said.

No traces of those remain, she said.

The skeleton could yet yield more clues. Analysis of the remains continues, according to Dowd.