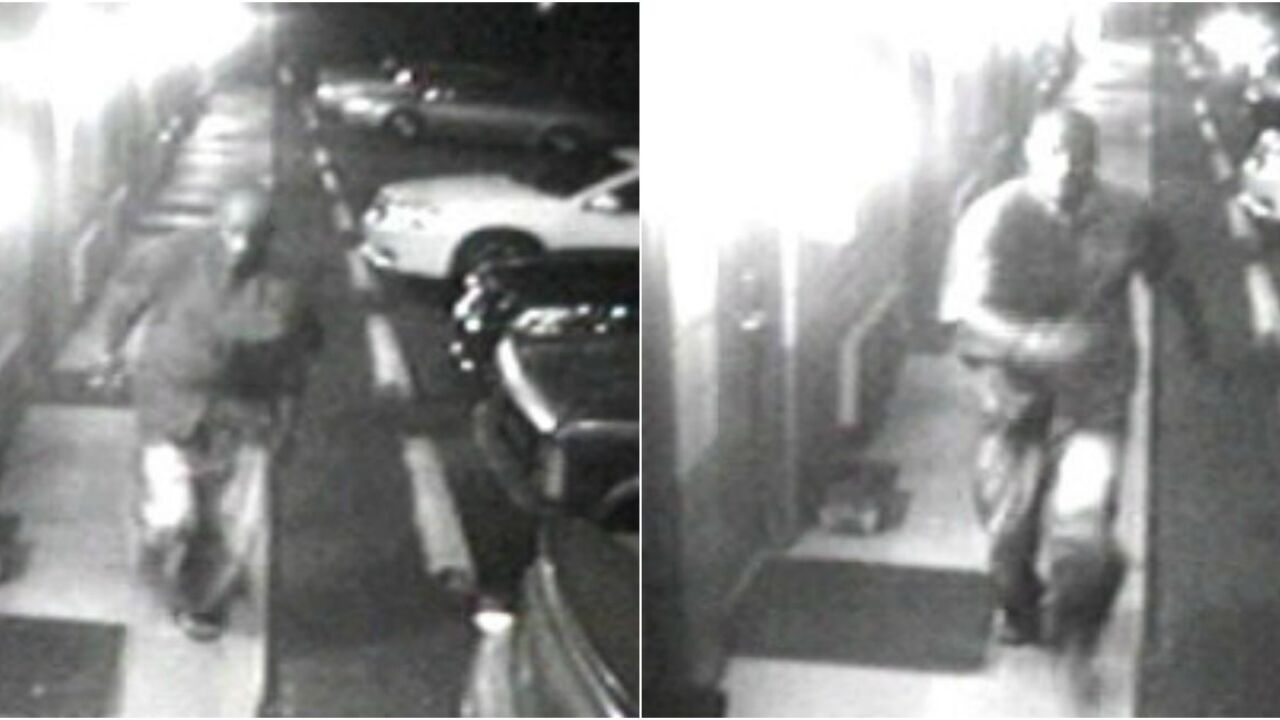 RICHMOND, Va. -- Police released video and photos of two men wanted for an August 28 shooting and robbery at a Midlothian Turnpike motel.  Detectives said they believed the incident began when the suspects attempted to rob the victim around 11 p.m. that night.

"Officers responded to a hotel in the 6600 block of Midlothian Turnpike for a report of a shooting. When they arrived, officers encountered the victim who was attempting to drive away in his vehicle," a Richmond Police spokesperson said. "The victim was taken to a local hospital for treatment of life-threatening injuries."

After the shooting, one of the suspects bent down as if to help the victim, but instead stole his wallet, a police source said.

Both suspects were described as black men 5’8”-6’ tall with medium to large builds. Detectives asked anyone with any information to call Major Crimes Detective James Baynes at 804-646-3617 or call Crime Stoppers at 804-780-1000.