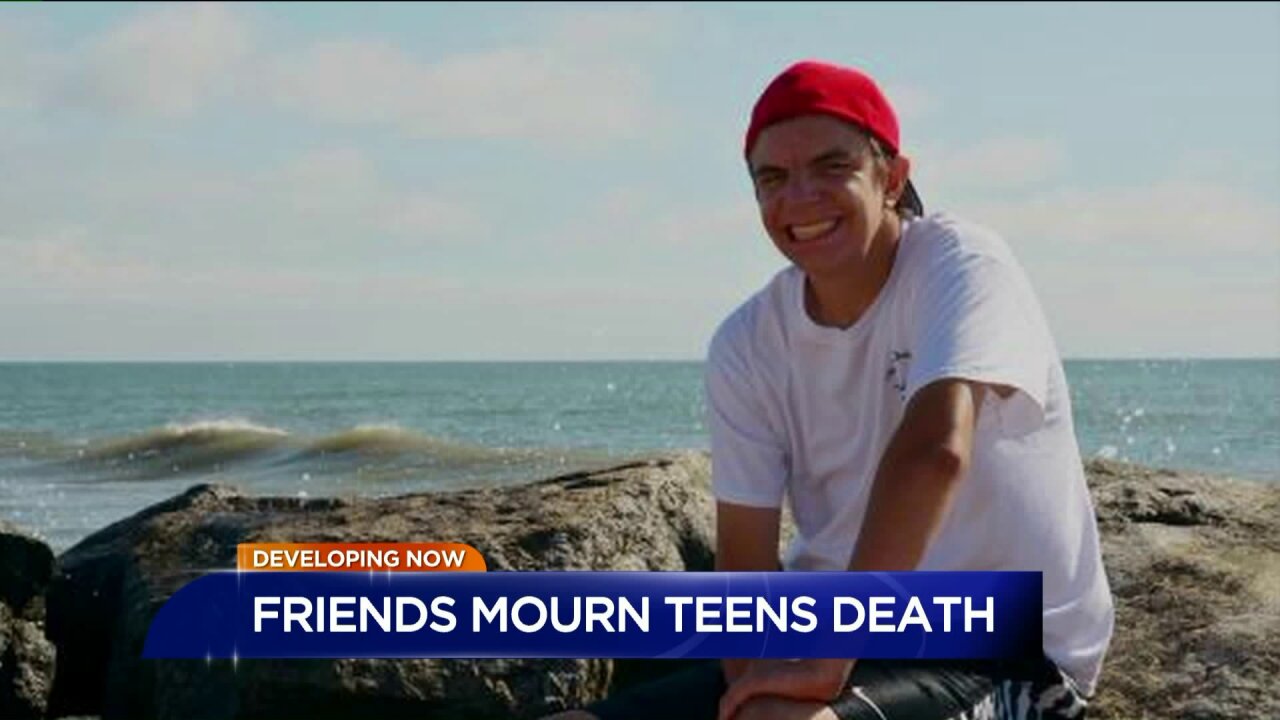 Tyler Wentz was at Bald Head Island, North Carolina his best friend’s family when he became seriously hurt in a surfing accident.

He was hit by a wave while surfing with his best friend.

His friend rode the wave in and then spotted Wentz floating down past the waves. Two people carried him back to the beach and performed CPR.

The teen was transported to a Wilmington hospital and he passed away a short time after.

The loss has been unbearable, friend said. He was a teen who loved baseball, adored kids, and his family and friends.

Wentz was a son, a brother, and a friend to many -- as well as a teammate. Friends said he brought light and love to so many.

He was just one of those kids who seemingly without effort displayed kindness and true character, friends of his said.

“He was kind just for the act of doing it, “said Natalie Reddell, the mother of Wentz’s best friend.

She said through the years he became family.

“He puts himself last and everyone else first,” Reddell said. “He is incredibly patriotic.”

With heavy hearts family and loved ones are leaning on each other, stretching their faith. Numerous stories and cherished memories are the only thing lifting their hearts.

“I will miss my fishing buddy,” Reddell said, “and I wish we could tell these stories while he was still here.”

There will be a candlelight vigil for the teen at 8 p.m. on Godwin’s football field, on Sept. 16.

A celebration of his life is planned for Saturday, Sept. 19, at 7 p.m. at the Tuckahoe Little League field.