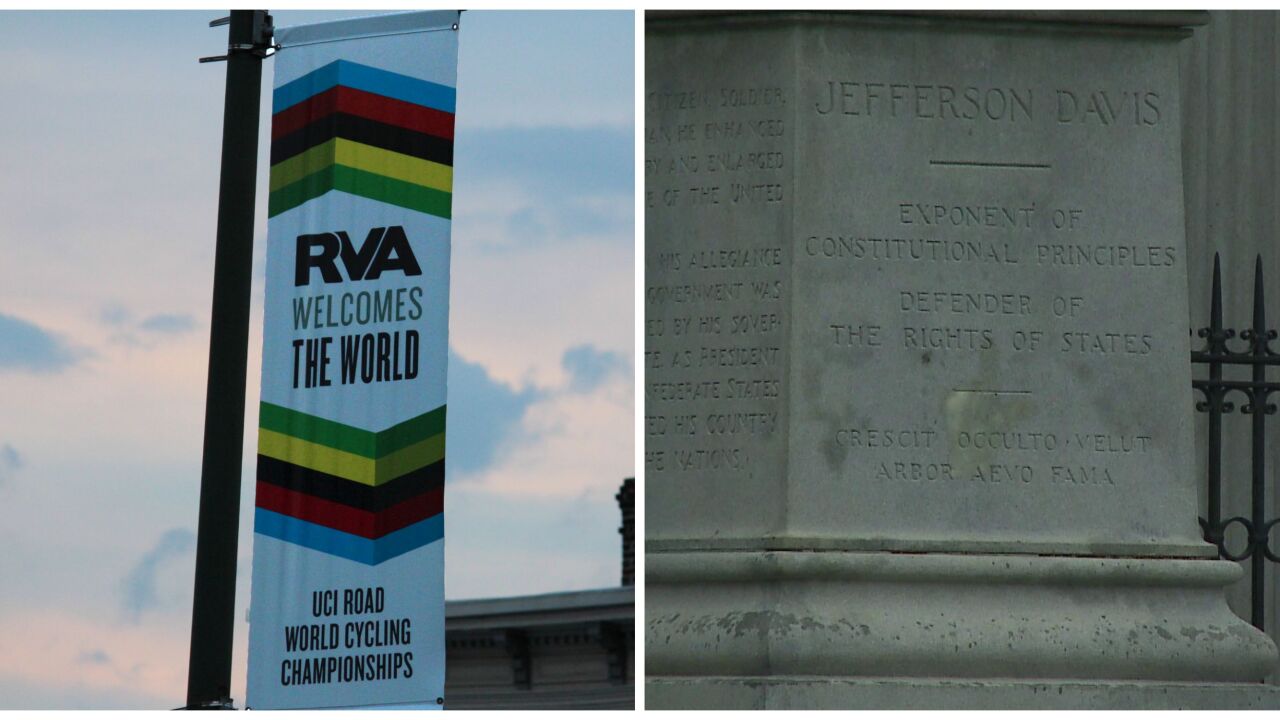 RICHMOND, Va. — On Saturday, Sept. 19 the UCI Road World Championship makes it’s anticipated debut in Richmond streets, but that won’t be the only event in town that day.

The Defenders for Freedom, Justice & Equality will host a press conference at noon, in front of the Jefferson Davis monument at Monument and Davis avenues.

The statue of the former President of the Confederacy will be highlighted during the bicycle race as a half-way turning point for some of the main races.

“We want to tell the world that Richmonders do not support showcasing these monuments of Confederate military and political leaders during this world-famous sports event,” said Ana Edwards, who chairs the Defenders’ Sacred Ground Historical Reclamation Project. “At a time when cities across the South are removing these symbols of the oppression of Black people, it’s an embarrassment that our city, the former capital of the Confederacy, would choose to highlight these statues to a world audience.”

The Defenders said they wrote the organizers of the races, Richmond 2015, a committee composed of Virginia corporate and political leaders, to change the route so that it does not include Monument Avenue. They refused.

The Defenders said they also recently wrote to the UCI International Committee in Europe, asking it to use its influence to change the race route.

“We hope the international UCI office responds in a positive way,” Edwards said, “but at least we will be able to make it clear on Sept. 19 that showing official honor to leaders of the slavery-defending Confederacy does not represent the sentiments of the people of this majority-Black city.”

The Defenders for Freedom, Justice & Equality played a leading role to reclaim Richmond’s African Burial Ground and stop a proposal by Mayor Dwight Jones and local developers to build a commercial baseball stadium in the heart of Shockoe Bottom.