Rhoda Smith, 47, of Chesterfield County died at the scene. Troopers say she was wearing a seat belt.

According to troopers, there were three separate crashes involving five vehicles near the ramp to Courthouse Road around 3 p.m.

Sgt. Steve Vick with Virginia State Police said the chain-reaction crash started when a 2006 Ford Taurus lost control, hit the left guardrail and then came across the travel lanes before hitting right guardrail and stopping on the shoulder.

"A 2011 Nissan Titan stopped on the right shoulder with emergency flashers activated to assist the Ford.  A 2011 Toyota Corolla approached the scene lost control and struck the Nissan in the rear pushing the Nissan into the Ford," Vick wrote. "The driver of the Nissan who was outside of the vehicle was struck by his truck and knocked under the Ford.  A 2010 Acura was slowing for the first two crashes when it was struck by a 2003 Volvo in the rear."

The drivers of the Volvo and Acura were not hurt.

All lanes of Route 288 south were closed and traffic was backed up for more than four miles around 5:30 p.m. Traffic was diverted to Courthouse Road and drivers were asked to use an alternate route. The highway reopened just after 7 p.m.

State police believe the wet weather was to blame.

Stay with WTVR.com for updates on this developing story. If you see breaking news, and can do so safely, click here to send info, photos or videos. 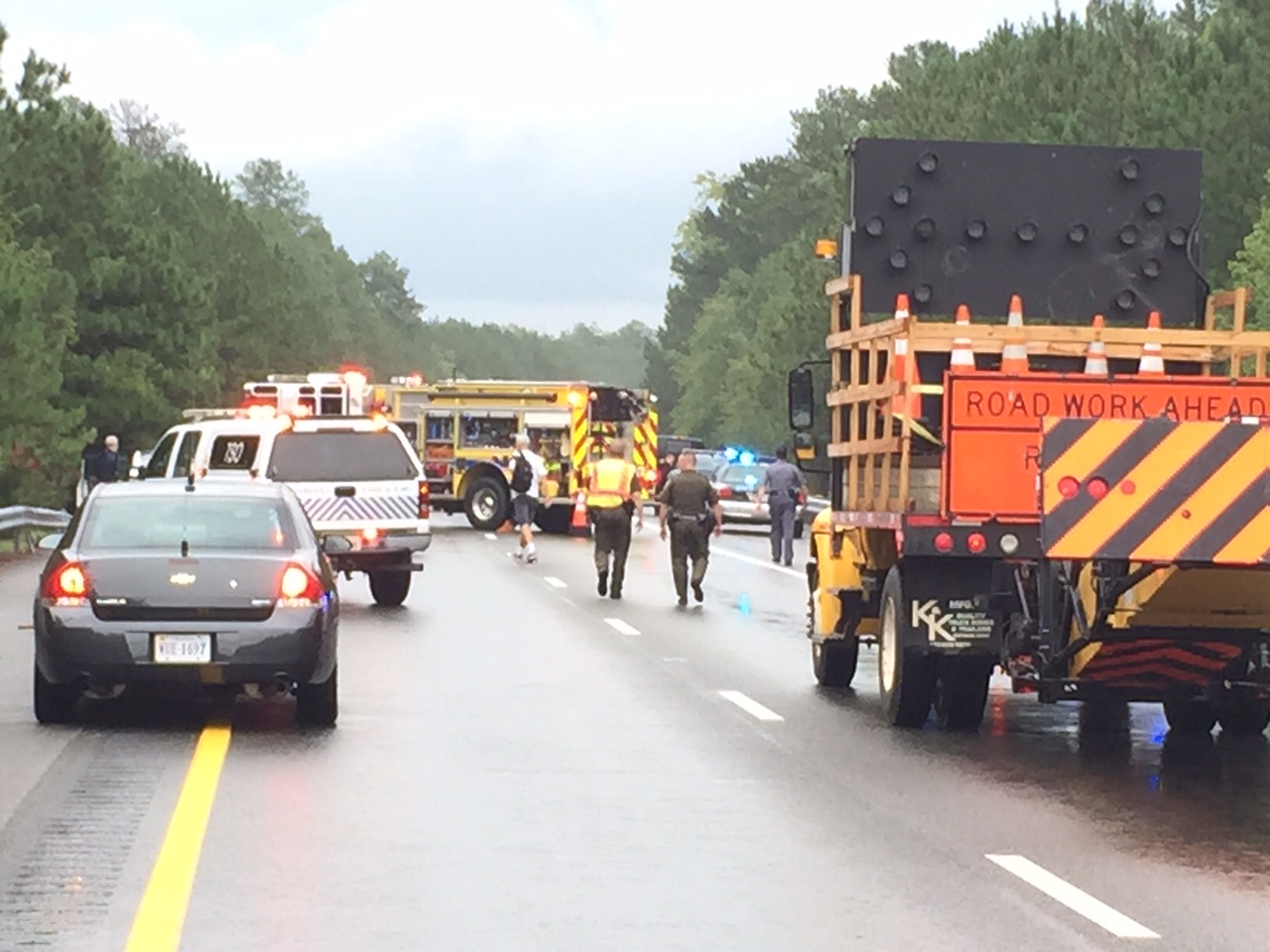