Marchers show support for refugees in solidarity events across Europe 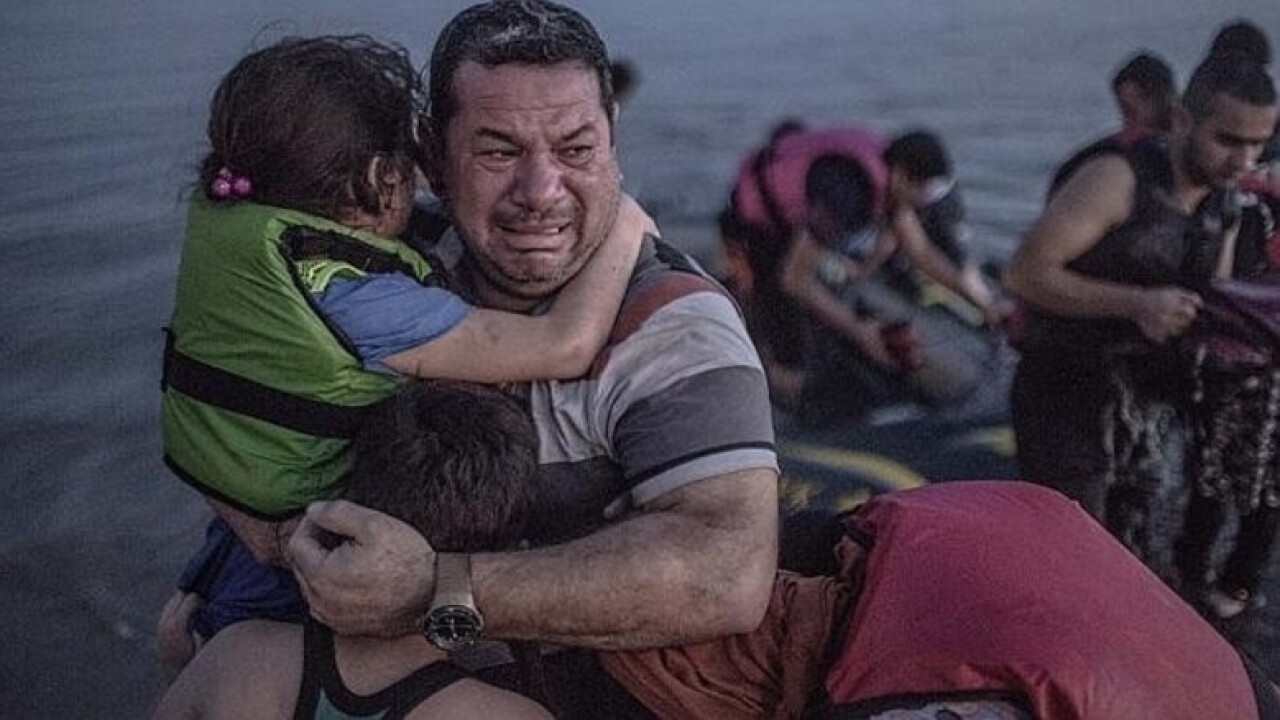 Throngs of people joined marches and vigils across Europe on Saturday in a show of solidarity with the crowds of refugees seeking sanctuary from conflict in Syria and elsewhere.

A Facebook page set up for what is being called a European Day of Action for Refugees lists dozens of events.

One such march, dubbed “Solidarity with Refugees,” led through central London to Downing Street, home of Prime Minister David Cameron — who, after coming under national and international pressure, said this week that Britain would take in up to 20,000 Syrian refugees over the next five years.

Chants of “Say it loud, say it clear, refugees are welcome here” echoed through the UK capital’s streets as thousands came out to join the demonstration.

Other events were being staged in countries from Belgium, Austria and Romania to Greece, Finland and France.

“We can’t continue to allow thousands to die trying to reach Europe as they search for safety, hope and the chance to live another day,” the Facebook page states.

“We can’t stay silent anymore as our politicians and the media are stigmatizing these men, women and children as threats and burdens.

“We can’t let our governments close all our borders and build fences to keep people in need out. That’s not what Europe should be about.”

European leaders have been struggling to cope with the massive influx of refugees and migrants pouring across Europe’s borders in recent weeks.

On Wednesday, European Commission President Jean-Claude Juncker set out proposals for mandatory quotas for EU countries to take in 120,000 refugees who were already in Italy, Greece and Hungary on top of plans made in May to relocate 40,000 from Italy and Greece.

EU member states must still agree to the European Commission’s proposals, which are backed by Germany. Their interior ministers are due to meet Monday in Brussels, Belgium, to discuss the issue.

As many as 10,000 migrants are arriving in Germany per day, according to German Interior Ministry spokesman Tobias Plate. Officials throughout the country have been asked to assist with registration and accommodation needs, he said Saturday.

Four thousand German soldiers are on standby to help manage the refugee situation if needed, a defense ministry spokesman said.

Hungary, a country at the forefront of Europe’s migrant crisis, came under scrutiny Friday after video emerged showing police throwing bags of food into crowds of refugees from behind a barrier at a migrant transit camp.

An activist shot the footage Wednesday at a facility that authorities run in Roszke, on Hungary’s southern border with Serbia.

It’s one of many European countries struggling to cope with the influx — but has been singled out for criticism by rights groups for alleged mistreatment of the migrants.

On Friday, Hungarian Prime Minister Viktor Orban provided a different picture of the migrants’ overall conduct, which he described as “a de facto rebellion.”

The Prime Minister praised police for dealing with the massive migration “without the use of force.”

Authorities provided a similar defense of police when asked about the video filmed in Roszke. However, a Human Rights Watch report released Friday condemned what it described as “abysmal conditions” in two reception centers in Roszke.

Hungary, which lies on a popular transit route from Greece through the Balkans to Northern and Western Europe, has seen tens of thousands of refugees and migrants — many of them fleeing war-torn Syria — cross the border in recent weeks.

Many are simply seeking to pass through en route to countries seen as more welcoming to refugees, such as Germany and Sweden.

German Chancellor Angela Merkel published a podcast Saturday encouraging women migrants — many of them traumatized by their experiences — not to isolate themselves but to learn German and seek contact with others.

“I believe there are many possibilities and initiatives in Germany that look forward to any woman who stretches out her feelers. So, I say: Be brave,” she said.

While marchers across Europe call for their leaders to do more to help, wealthy Persian Gulf nations also have been criticized for not taking in more refugees from Syria.

However, Saudi Arabia’s state-run Saudi Press Agency published a Foreign Ministry statement Saturday which claimed that the country has taken in around 2.5 million Syrians since the beginning of the conflict, as well as funding aid efforts for refugees in Jordan and Lebanon.

“In order to ensure their dignity and safety, the Kingdom adopted a policy that does not treat them as refugees or place them in refugee camps. They have been given the freedom to move about the country and those who wish to remain in Saudi Arabia (some hundreds of thousands) have been given legal residency status, like the remaining residents,” it said.

There was no immediate response from the U.N. refugee agency, UNCHR.

Amnesty International said Saturday that it was difficult to verify Saudi Arabia’s claim because the country doesn’t let human rights groups into the country or respond to its requests for information.

Nadim Houry, Human Rights Watch deputy director for the Middle East and North Africa, tweeted earlier this month that it was “shameful” that Gulf nations “are not taking Syrian refugees.”

At least 175,000 migrants from Syria have reached Greece in 2015, a figure that’s twice the previous estimate, the International Organization for Migration said Friday.

Overall, a record number of 423,761 migrants, including refugees seeking asylum in the European Union, have made the dangerous journey across the Mediterranean so far this year, the IOM said. That number is more than twice the 219,000 figure for all of 2014, the group said.

A total of 2,748 migrants have died so far in 2015 while trying to cross the Mediterranean, accounting for 73% of all migrant deaths worldwide, the IOM said.

Ahead of Monday’s EU meeting in Brussels, humanitarian group Doctors Without Borders called for EU leaders to put an end to policies — such as closing off borders — that it says are turning a manageable influx of people into a human tragedy.

“Some measures have made the situation worse: fences and forced fingerprinting only push people to choose more clandestine and dangerous routes,” said the group’s international president, Dr. Joanne Liu.

“Lives continue to be lost at sea, in the back of lorries and in makeshift camps where people live in unacceptable conditions in the heart of the European Union. It is time to put an end to these policies of deterrence.”