A range of majestic mountains meets with endless plains. On Pluto, billions of miles from the sun’s reach, they are likely both made of ice.

And this week, we are seeing close-ups of them with unprecedented clarity. Finally, two months after the New Horizons spacecraft flew by the dwarf planet at close range, new higher resolution images have arrived.

It will take NASA a year to transfer all the photos and data. The dump began arriving over the Labor Day weekend. Some of the pictures that NASA released were not single snapshots but compilations synthesized from multiple photos.

Judging by the first, crisp digital close-up images, the wait was worth it. They reveal a planet not frozen in place but with a complex landscape still developing. 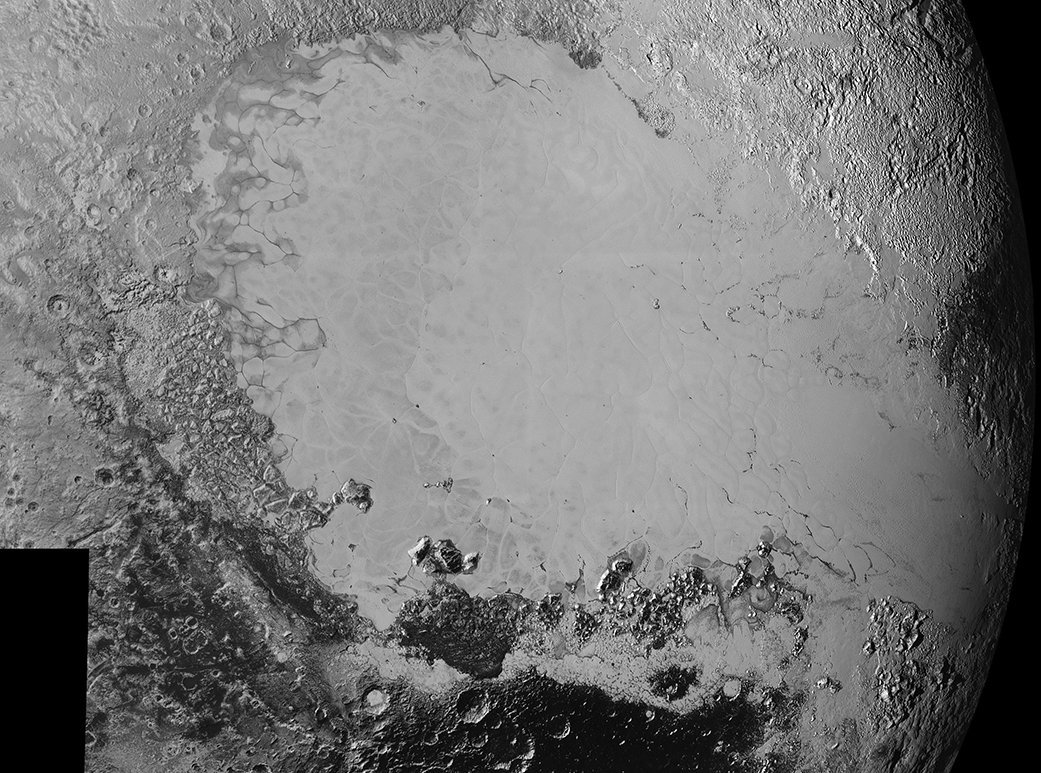 The photos taken from New Horizons’ closest approach of Pluto on July 14 — at about 50,000 million miles away — reveal some surprises.

For example, there may even be dunes blown up by winds. But that would seem impossible on a planet with barely an atmosphere.

“Seeing dunes on Pluto — if that is what they are — would be completely wild, because Pluto’s atmosphere today is so thin,” said astronomer William B. McKinnon from Washington University in St. Louis.

“Either Pluto had a thicker atmosphere in the past, or some process we haven’t figured out is at work. It’s a head-scratcher.”

And those gargantuan blocks of ice the size of mountains might be floating in flows of frozen nitrogen.

The spacecraft also picked up nice images of Pluto’s moons. Photos of Charon — the largest one — reveal a mammoth crack, a tectonic fracture.