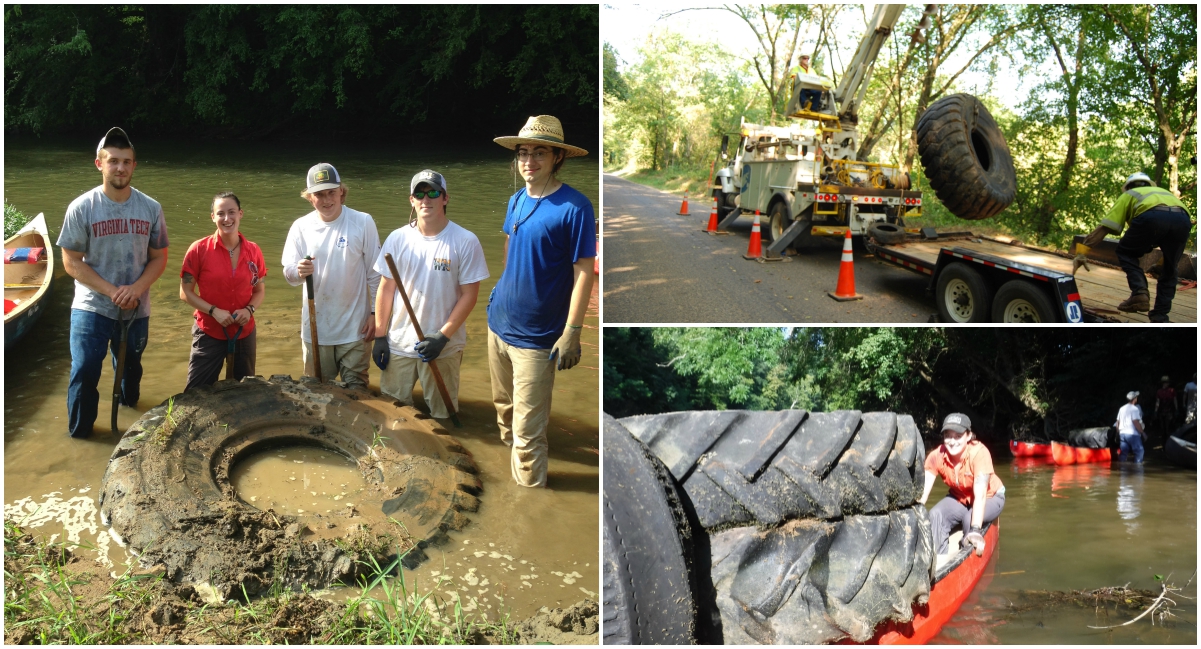 ORANGE, Va. — The StreamSweepers, a collection of young adults hired and trained to perform river restoration, solve many dirty problems. The group spent 1,200 hours this summer removing debris from the Rapidan River. During that time they found rugs, cans, bottles, televisions, tarps, buckets, hoses, several VDOT barrel, a playground slide and even a bowling ball in the water.

The group also removed more than 300 tires from the river, but there was one big tire in particular that put up a big fight. The 2,100-pound tire was so large, the group could not remove it by hand.

"When we found that EXTRA LARGE tire we called on Dominion Virginia Power for assistance as we knew they had machinery large enough to get the job done," StreamSweepers Program Manager Debbie Manzari said. "They willingly agreed to help us out."

Dominion dispatched a team of linemen out to the river and pulled out the tire.

"We find tires of many sizes, regular cars/trucks as well as tractor tires, but this was the largest tire by far," Manzari said. "We’ve also removed a 4,000 gallon fuel tank with the help of another partner who we contracted with for its removal."

Manzari said although the work is sometimes very hard, they enjoy the company of eagles which were generally in view every day along the river.