CHESTERFIELD COUNTY, Va. -- Mary E. Smith of Chesterfield was many things to her friends and family. A hard worker who found jobs for the disabled. Selfless. Endlessly loving. Joyful. A dancer! And an advanced breast cancer survivor who fought through chemo, radiation and a double mastectomy only to get a clear checkup earlier this year.

But for most of you, she was the driver of the car that was T-boned Tuesday during rush hour by an SUV driven by a convicted felon - allegedly with a gun - fleeing from a traffic stop and police until he crashed at the busy intersection of Midlothian Turnpike and Broad Rock Boulevard.

Her two children, 21-year-old Jamie Abel and 10-year-old Walker, held her hands as she took her last breath. 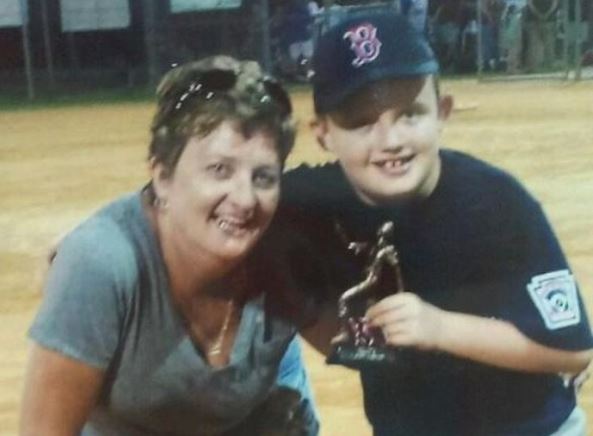 The neurologist had told them her injury was unlike any they had seen, Jamie told CBS 6.

"She had internal decapitation. Her spine wasn't connected to her head anymore and there was just nothing they could do."

She and her brother wept as they were told of their mother's death - not from the cancer she battled bravely but from a criminal recklessly fleeing from police.

Jamie is angry that the suspect was running and the police were chasing.

"Especially at 5 o'clock rush hour. I just don't understand why this had to happen to my mom," Jamie said.

Please watch our video report of our interview with Mary Smith's children.

Mary’s friends and family have set up a GoFundMe page in her honor with a statement that read in part:

"This loving mother was taken away from them suddenly with nothing in place to help take care of final expenses or anything thing else that may be needed to help this family try to continue to provide for themselves. Please find it in your heart to donate anything you can to help in this time of need. Please keep this family in your prayers Thank You."

The suspect in the crash, Ikieem Kilpatrick, 25, of the 3700 block of Dunston Avenue, attempted to flee on foot from the crash, police reported. He was charged with firearm charges, felony hit and run and other driving infractions. He is also expected to be charged with Smith's death.