AUGUSTA COUNTY, Va. -- Charges are pending against an Augusta school bus driver involved in a Tuesday morning accident. Bus driver Daniel W. Dull, 65, of West Augusta, Va., was flown to UVA Hospital in Charlottesville where he is being treated for serious injuries. Police did not indicate what charges Dull would face once he recovers.

Twenty students and Dull were hurt when the school bus ran off the road and hit a tree on Henkey Mountain Highway near Churchville, Virginia at about 7:38 a.m. Tuesday. None of the students' injuries were considered critical, according to a statement from Augusta Health, a hospital in Fishersville, Virginia.  Most students were treated and released to their parents. 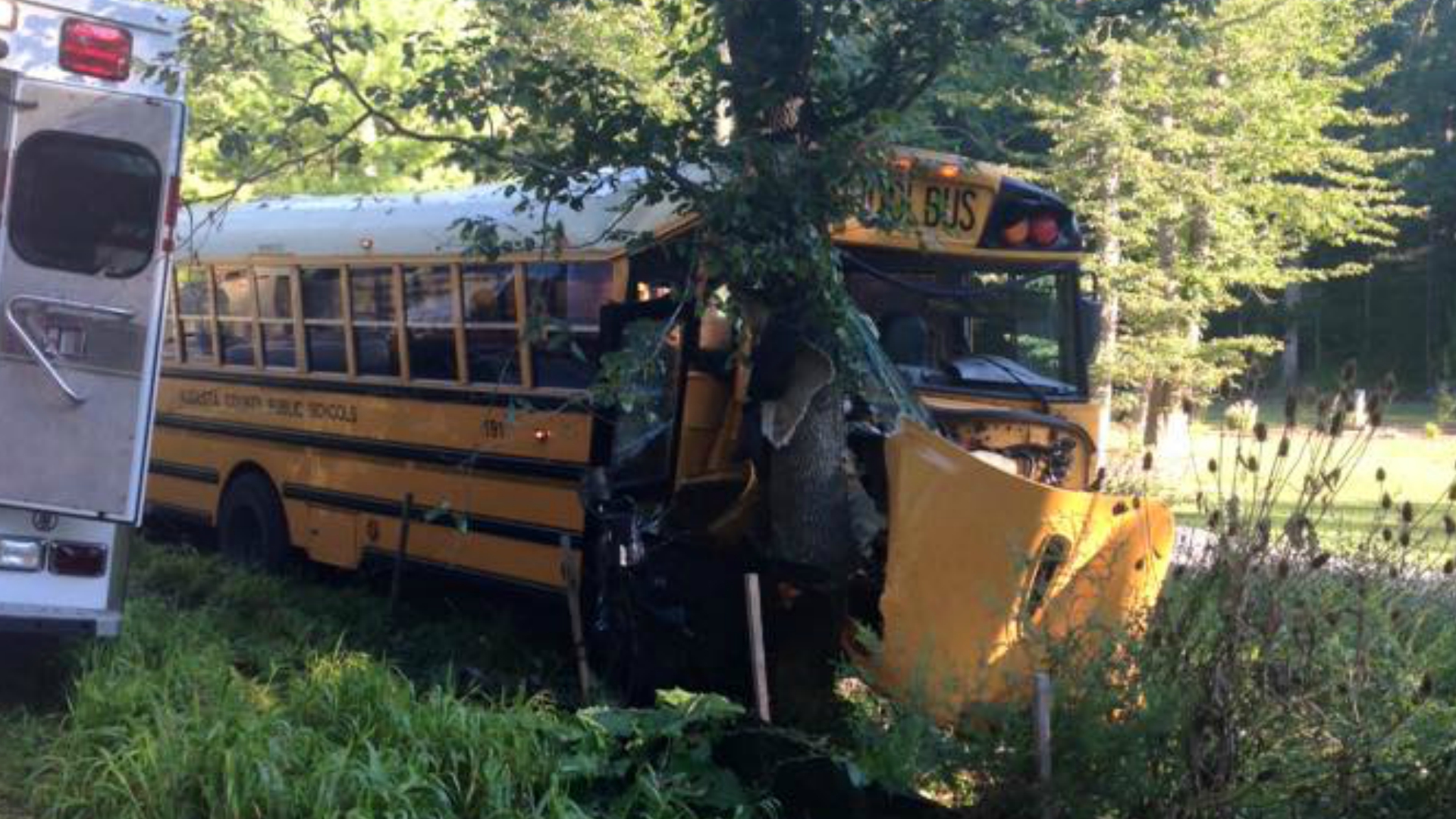 "The Augusta County school bus was traveling east on Route 250 when it encountered a highway work zone that had traffic down to one lane. The bus struck the guardrail off the left side causing the driver to overcorrect. The bus then ran off the right side of the road and struck a tree," a Virginia State Police spokesperson wrote in an email. "There were 35 elementary, middle and high school students on the bus at the time of the crash."