CHESTERFIELD COUNTY, Va. — The same man is wanted for robbing the same Chesterfield bank not once, but twice. The robberies at the Wells Fargo bank at 9601 Amberdale Drive happened on Saturday, June 27 and Saturday, July 18. Both crimes happened at about 11:20 a.m. 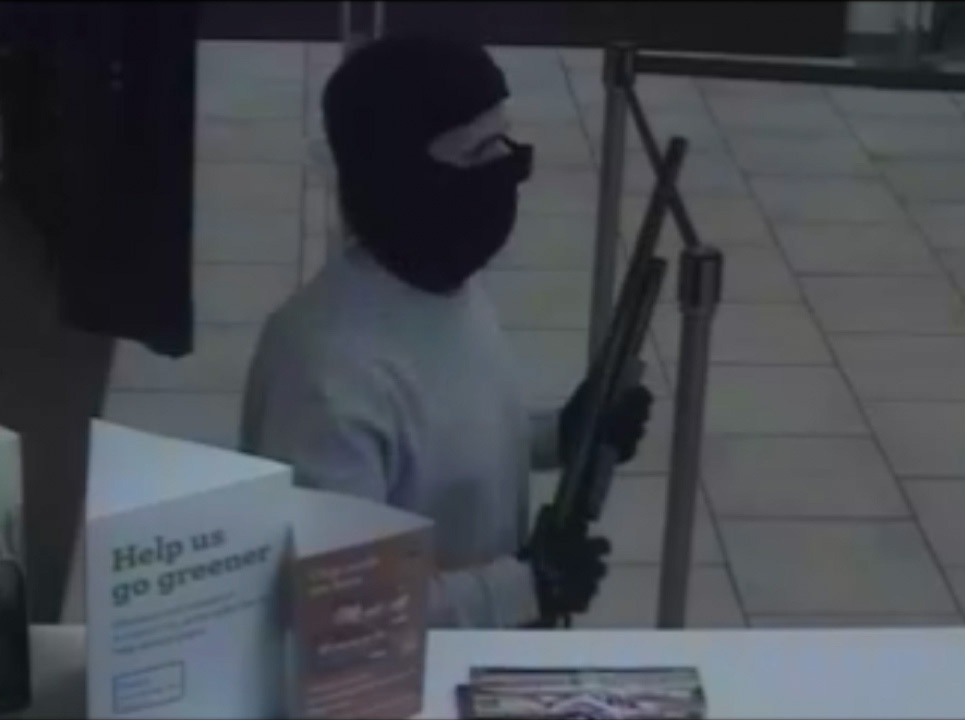 “He entered the bank wearing a full-face mask and demanded cash from the tellers while brandishing a handgun,” police said of the June 27 crime. “On Saturday, July 18, at about 11:20 a.m., the same white male suspect entered the same Wells Fargo bank branch and again robbed the tellers at gunpoint, brandishing a pistol-grip-style shotgun.”

“When the man came in, he said, ‘Put your hands where I can see — and I promise nobody gets hurt,” a woman who was inside Wells Fargo on June 27 when the masked gunman walked in, said. “I hope they find him because this is unbelievable.”

Anyone with information about this man was asked to call Crime Solvers at 804-748-0660.