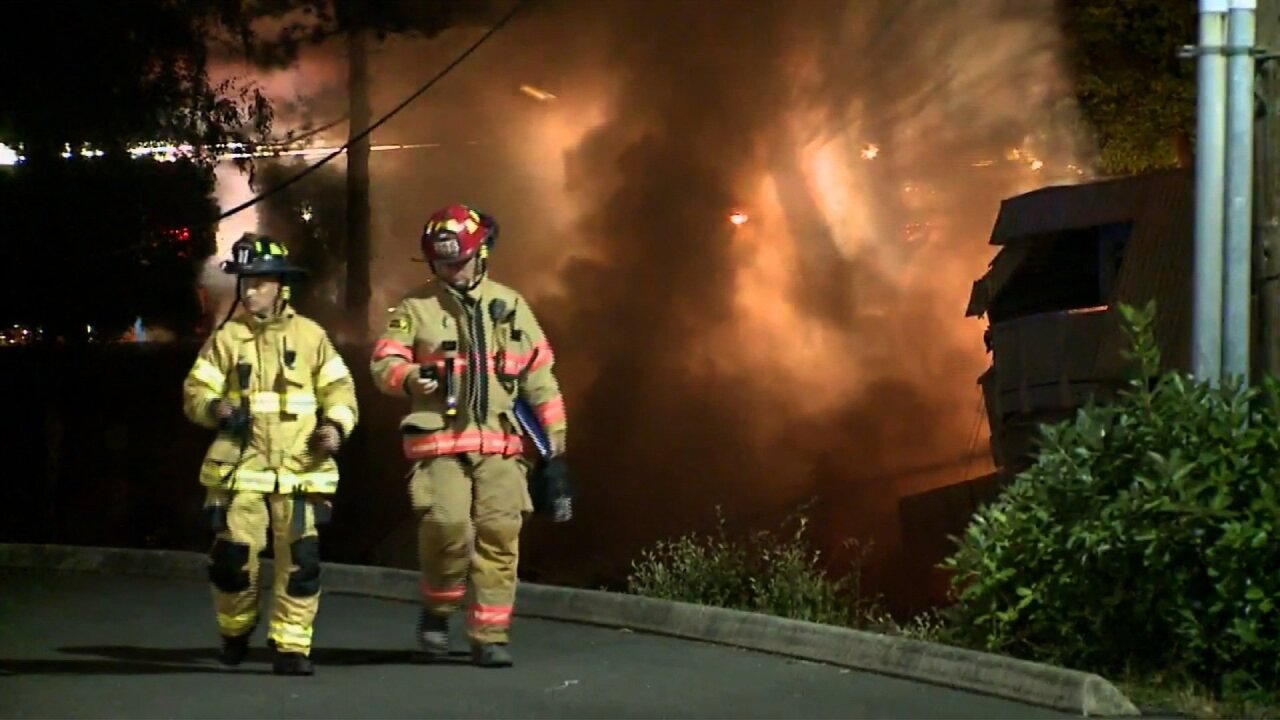 A gas leak at a Motel 6 in Bremerton, Washington, on Tuesday August 18, 2015 injured one employee, caused an explosion so severe it brought down a section of the building and flung firefighters 20 feet away. Three people are unaccounted for after the explosion, fire department says.

A gas leak at a Motel 6 in Bremerton, Washington, caused an explosion so severe it brought down a section of the building and flung firefighters 20 feet away.

A gas company employee, who had gone to check on the leak Tuesday night, was critically hurt with second- and third-degree burns, the police department said. He was airlifted to a hospital.

But three people who were believed to have been staying at the hotel were unaccounted for Wednesday morning, said John Hawkins of the Bremerton Fire Department. It wasn’t clear whether the three were inside the building when the blast happened, he said.

“We’re certainly hoping and praying that everybody did get evacuated successfully, but we can’t confirm for sure yet that that occurred,” Strachan said earlier.

Firefighters and the gas company arrived to check for a gas leak. While they searched, the gas ignited, blowing the firefighters back, the police department said.

The leak was at the east end of the hotel, where there were guest rooms.

The explosion sent up a plume of black smoke, and residents took to social media to say they could feel the shaking from the blast from miles away.

“Making dinner and heard a loud boom and our entire house shook,” Emily Sardar tweeted from near Port Orchard, Washington.

Jeff Jackson and his wife were visiting from Australia. They checked into the motel, then went out for dinner. From the restaurant, they could see thick black smoke rising.

“We’ve come back, and it looks like half our hotel’s blown up,” he told CNN affiliate KOMO.