Texting while walking contributes to rise in walker deaths

RICHMOND, Va. -- Pedestrian deaths are up 15 percent since 2009 and walkers distracted by texting is one of the reasons why, according to a new study from the Governors Highway Safety Association.  The association report estimated two million pedestrian injuries since 2010 were related to cell phone use.

VCU junior Takirin Hawkins said he sees people walking around campus while using their phones “all the time.” He said he tries to take personal responsibility for his safety, but admits he does walk while on his phone. He said walkers need to be alert because drivers are often distracted too. 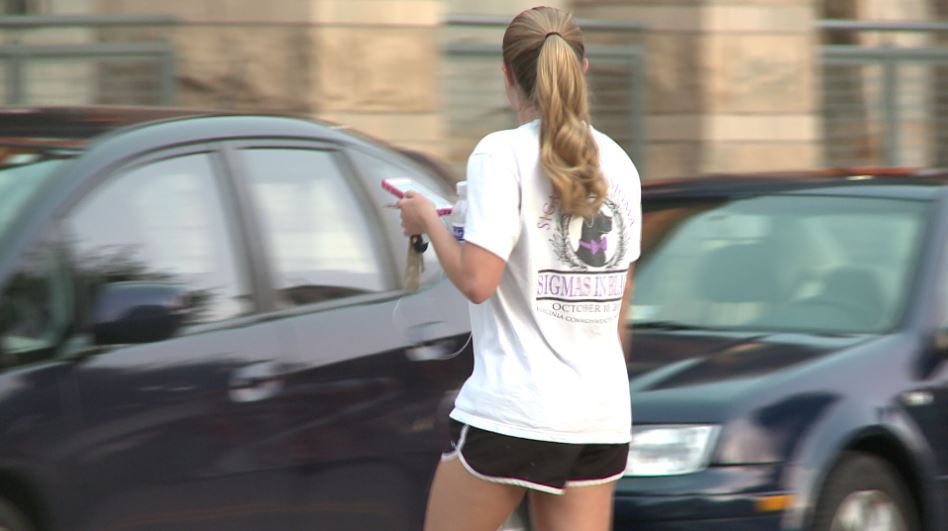 "I’ve encountered some times when someone actually ran a red light and almost hit me, which is ridiculous,” Hawkins said.

Janet Brooking, the Executive Director of Drive SMART Virginia, said people were not taking responsibility for their safety. She said awareness needed to be raised that distracted walking is just as dangerous as distracted driving.

"On a national level we know it’s a top priority, so here in Virginia we are looking at measures right now to address the issue of the distracted pedestrian,” Brooking said.

But, Hawkins said even with more education, he is not sure students could can stop the compulsion to text, even while walking.

"I think we’re just about distracted with everything," Hawkins said.