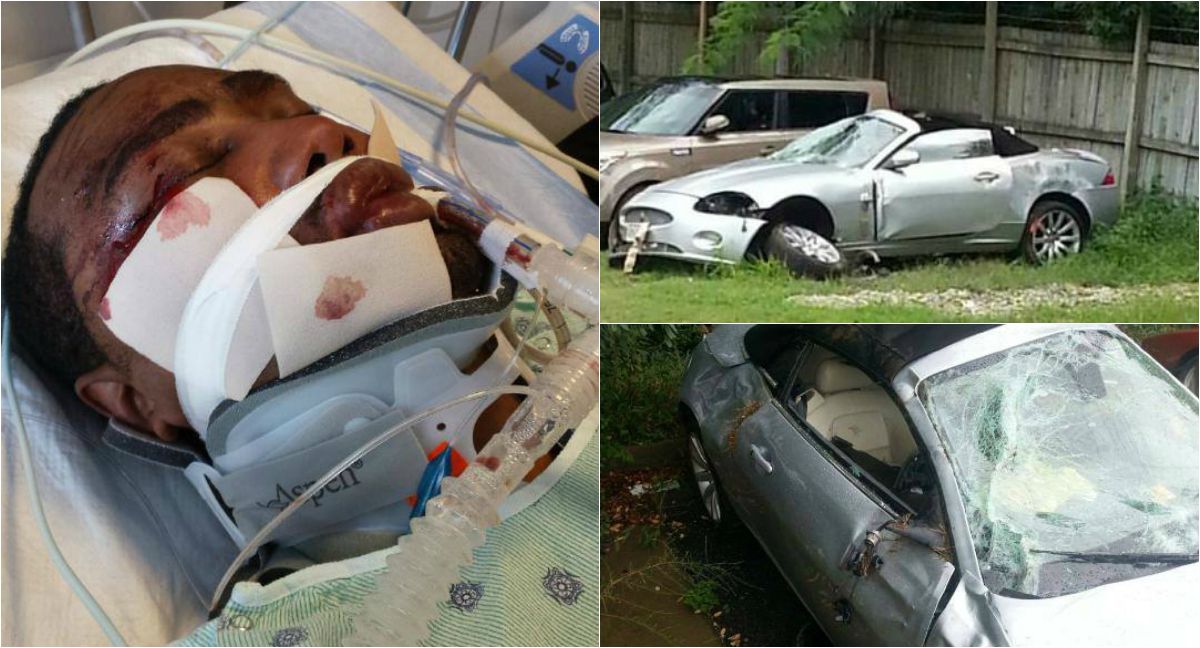 CHESTERFIELD COUNTY, Va. — A Virginia-born singer who earned worldwide acclaim performing with stars like 50 Cent and T.I. was hospitalized Sunday after he crashed his car in a Chesterfield neighborhood. Governor “GIO” Washington was taken to VCU Medical Center with serious injuries following the Sunday morning’s crash on Ironhorse Road.

The crash remains under investigation by Chesterfield Police. Washington was injured when he was thrown from his car. The Charles City native and father of two grew up in Central Virginia before leaving to join the Navy and later starting his music career.

As news of the crash spread online, so did the outpouring of love from friends, fans and strangers on social media.

“Gio’s family, friends and team have been touched by outpouring on his Facebook wall,” Washington’s social media director Valli Dawn Hart said. “More than 100,000 people have sent prayers, notes of support, and hundreds have shared the request for prayer on their own walls, with their friends and communities.”

Hart called Washington a beautiful man of great spirit and faith in God.

“At the core, people truly care about one another and they have not lost faith in God’s ability to heal and work miracles,” she said.

Hart said Washington was leaving his brother’s home when he crashed. She said she spoke with him on the phone before the crash and everything seemed normal.

Washington is best known for “Here We Go Again” with 50 Cent.

He also performed with 50 Cent on X-Factor.