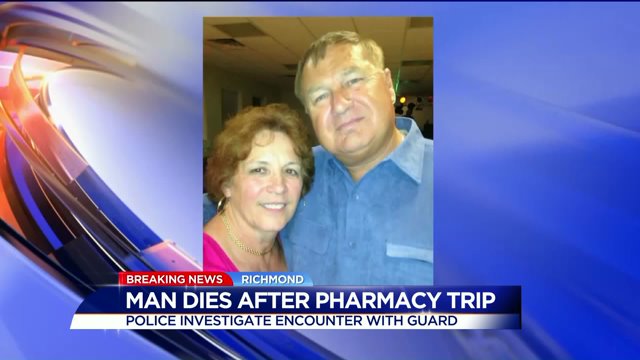 Laura French and photojournalist Chris Norton have the full report for WTVR.com. 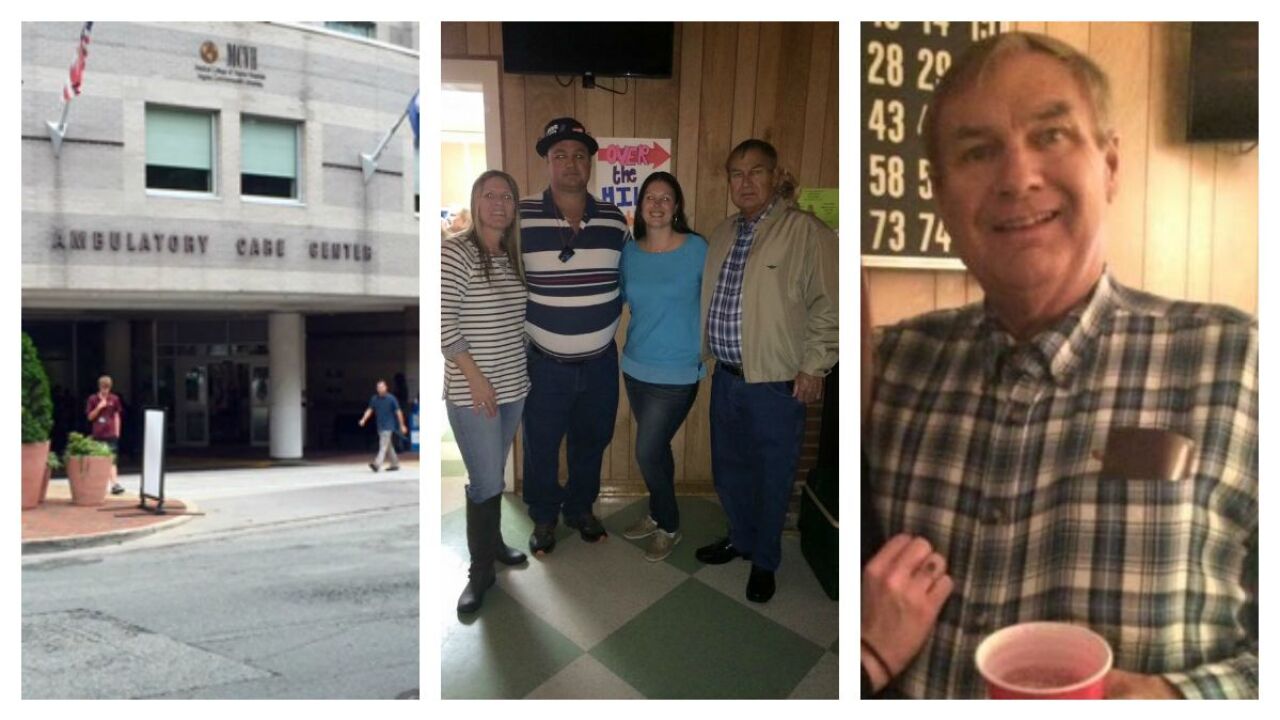 RICHMOND, Va. – A family is mourning the death of their father, who they said died as a result of injuries sustained when he was tackled by a security guard at an ambulatory care pharmacy.

On Friday afternoon, 64-year-old Phillip Whitaker was waiting on his prescriptions at the VCU Medical ambulatory pharmacy, according to the family. They said when Whitaker’s name was called he walked up to the counter, and was then tackled by a contract security guard working for VCU Medical Center. The family said this is the second time he was called back up, because he needed to correct an issue with his prescription.

VCU Officers discovered Whitaker unconscious on the floor with a serious head injury, according to Richmond Police, who have taken over the case at the request of Virginia Commonwealth University.

He was immediately knocked unconscious and transported to the emergency room, according to the family. He underwent surgery Saturday for the bleeding in his brain and was on life support.

They said Whitaker died while still on life support.

Richmond Police have asked for anyone who was inside the VCU ambulatory pharmacy Friday afternoon to come forward.

RPD Detectives have interviewed the guard and released him temporarily while they consult with the Commonwealth’s Attorney’s Office regarding charges, which are expected.

They have reviewed a surveillance video of the incident and have interviewed several eyewitnesses. They would also like to interview additional people who were present at the time and may have witnessed the assault.

"There was an incident Friday afternoon between a patient and a contract security guard in our outpatient pharmacy," VCU wrote in a statement. "The patient died yesterday as a result of the injuries."

"We are heartsick about this tragedy," continued the statement. "Our first concern is for the family and we are doing everything we can to support them."

The family said the security guard was immediately terminated.

Whitaker, a Henrico resident, had just celebrated his 64th birthday on June 30. He was a retired carpenter with four children – two daughters, two sons -- and five grandchildren.

He lost his wife Karen Ann Whitaker in 2013, the day before Thanksgiving, after she was struck and killed by a tractor-trailer driver as she left work.  She was a beloved daycare teacher at Four Mile Creek Baptist church.

People with information that may be helpful to the investigation are asked to call Major Crimes Detective Michael Gouldman at (804) 646-3915 or Crime Stoppers at 780-1000. Citizens may also text Crime Stoppers at 274637, using the key word “ITip” followed by your tip. Both Crime Stoppers methods are anonymous.

Make sure to download the CBS 6 breaking news app to follow the updates to this developing news story.