NEWPORT NEWS, Va. -- An apartment complex maintenance worker helped police bust a marijuana grow operation, according to WTKR. The worker entered a unit at the Kingstown Apartments when a tenant reported water leaking into her apartment from above. When the worker went into the apartment to investigate the leak, he saw a purple light coming from a room. Inside the room, he saw what appeared to be a marijuana grow operation.

Pictures taken inside the room showed plants hanging upside down to dry, buckets filled with soil and a pile of what looked to be marijuana. When police searched the apartment they found an AR-15 rifle with no serial number and various ammo. 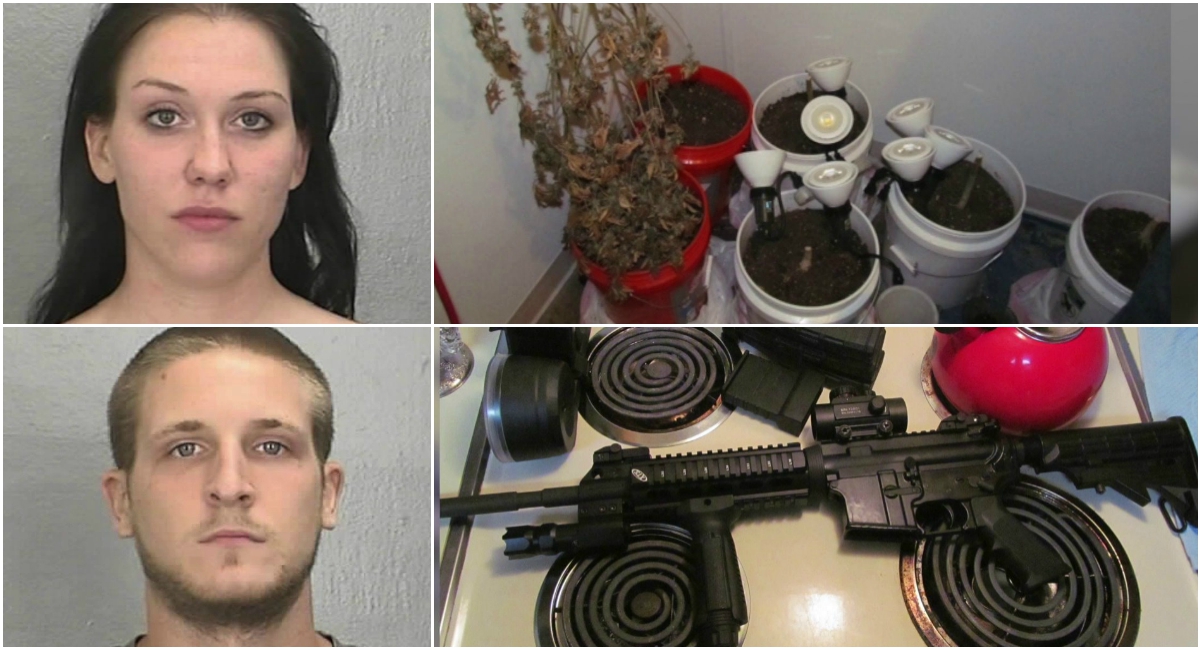 Christopher Michael Gibson, 23, and Michelle Elizabeth Best, 23, were both arrested. Gibson was charged with four narcotics charges and two firearm charges. Best was charged with possession with intent to distribute marijuana and manufacture marijuana.