‘Cards For Caden:’ The simple way you can help lift sick 4-year-old’s spirits

SUTHERLAND, Va. -- A single-mother is asking for help motivating her four-year-old son who suffers from many ailments and was recently diagnosed with a brain tumor.

While Caden Allen is only four, he has been to the doctor more times than many senior citizens. In fact, his mother Alicia Allen said her son underwent his first surgery before he was one month old.

Caden, like many young boys his age, loves cars and monster trucks. But unlike other children, his does not have a constant supply of energy and tires easily.

"He definitely does not let any of his medical conditions hold him back," Allen said.

Caden's list of ailments include suffering from more than 100 ear infections and ankles that curve in. He also battles severe acid reflux, asthma, allergies as well as an under active bowel and bladder. And he was recently diagnosed with a brain tumor.

In addition to the 12 medications he must take daily, he must be hooked up to two machines.

"He has a chest therapy vest and a bi-pap machine," Allen said.

Allen's mother said while it can be a challenge to get the four-year-old to take his medicine, she and her son have the process down to a routine that she calls part game, part struggle. 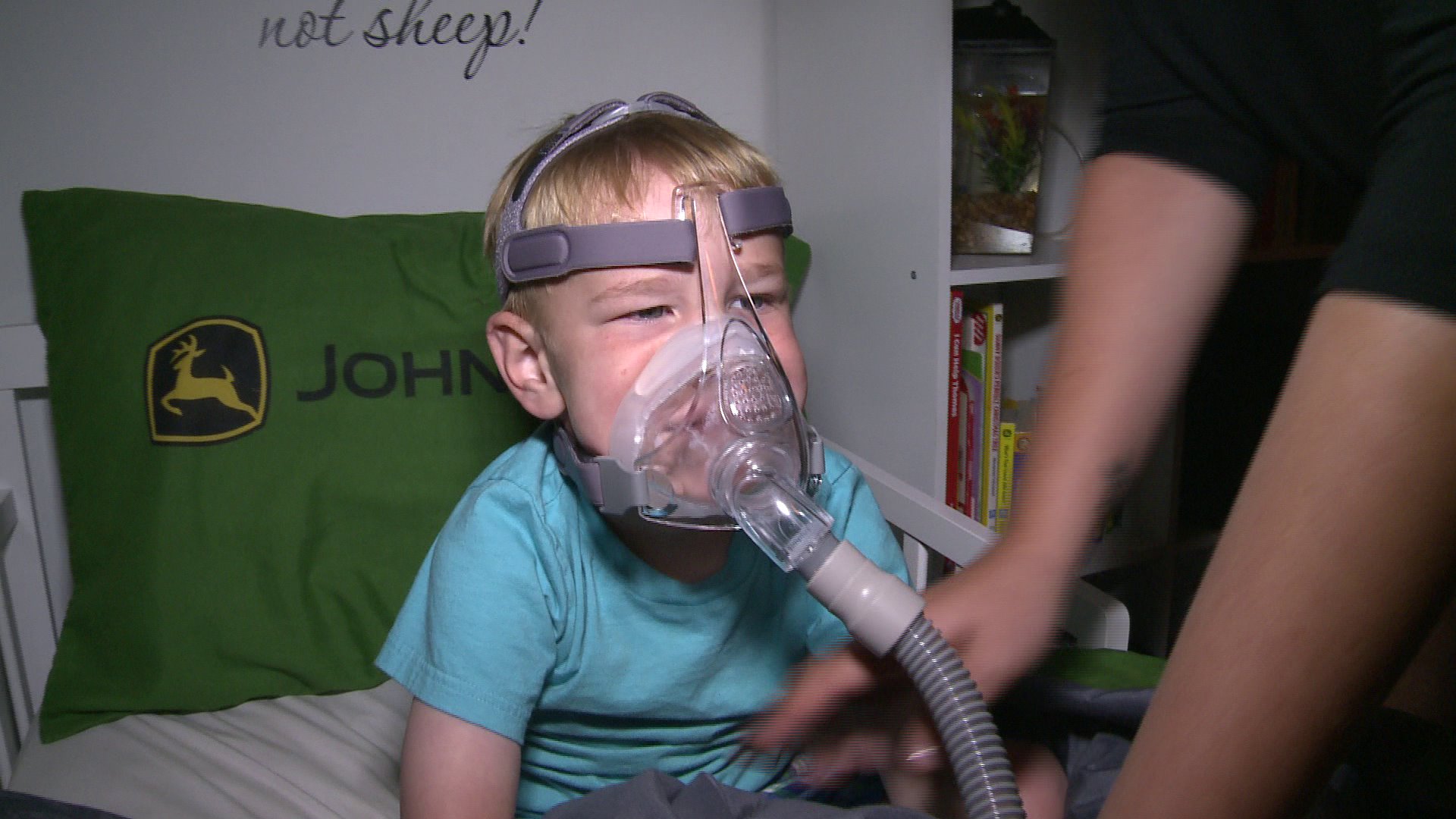 Caden and his mother spend much of every week in a doctor's office.

While coming back Thursday from a biopsy that did not turn out as she had hoped, Caden told his mother something that left her stunned.

"That he didn't want to go to the doctors anymore," she said. "He told me that he was kinda tired of it, that he spends more time at the doctor's and he wants to go to the babysitters."

Caden and his chest therapy vest.

After the reality of what her son said settled in, Allen turned to Facebook for suggestions on how to encourage and lift Caden's spirits.

"It's not going to be an easy journey for him... And I just want him to know that he isn't alone in this," she explained.

One idea that struck a chord was greeting cards from strangers. As a result, "Cards For Caden" was born.

If you'd like to send a card to Caden, please mail it to:

Depend on WTVR. com and CBS 6 News for updates on Caden's story.