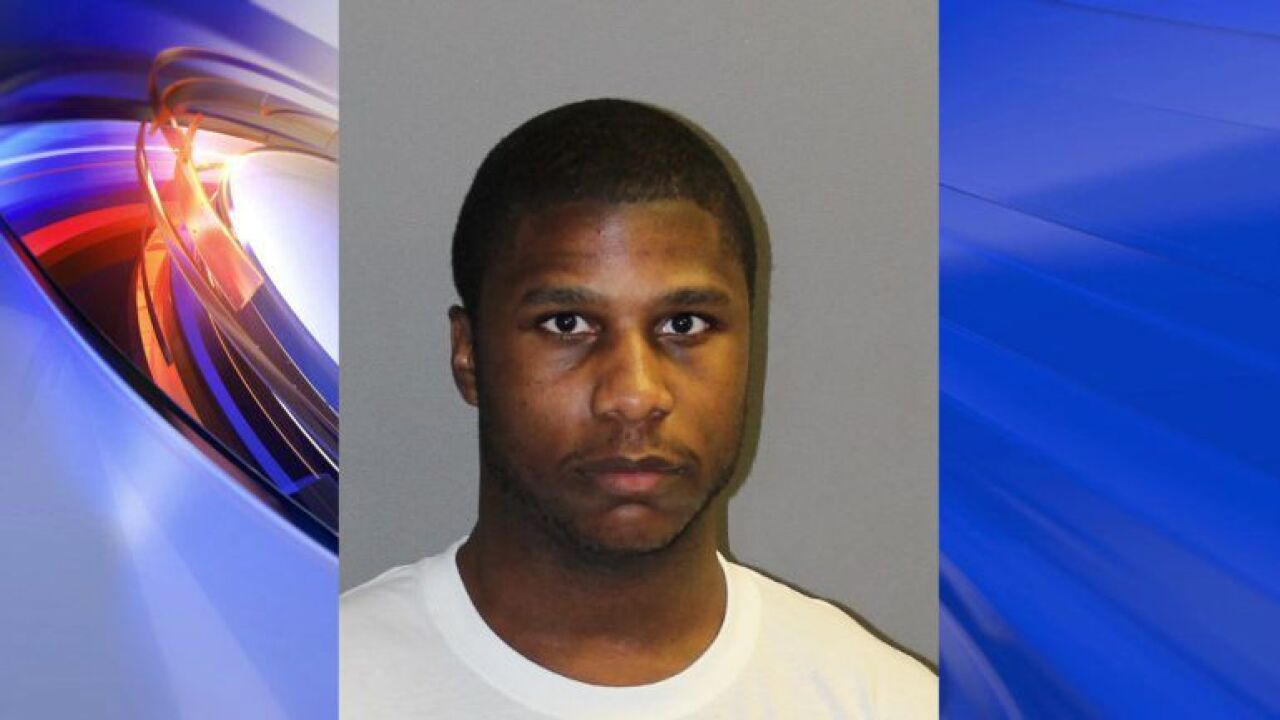 RICHMOND, Va. – The suspect killed in a shootout with two Richmond Police officers was identified as 20-year-old Keshawn Dominique Hargrove.

His background with law enforcement goes back to 2008; when he had been arrested six times over 14 criminal charges. Then in 2009 he faced nine other charges, mostly for assault and battery, and there was a malicious wounding charge that landed him felon status.

When Hargrove was 15, and in tenth grade at Thomas Jefferson High School, he was charged with shooting his girlfriend, according to court documents.

Richmond police comfort the mother of suspect shot by officers.

His girlfriend at the time told police that they had an argument and he shot her in the leg, then fled the scene on a bicycle.

He was transferred eight times while serving that sentence, and at facilities typically for long-term, violent offenders, something legal analyst Todd Stone called "unusual."

"The fact that he went there for short periods and at such a young age and with a relatively short sentence to serve definitely suggests some behavior issues," Stone said.

Watch for Melissa Hipolit's full report on Hargrove's criminal past, beginning at 5 p.m. Thursday and for team coverage of the officer-involved shooting.

Chief Alfred Durham addresses the community after an officer-involved shooting on Cary Street.

Hargrove was also a person of interest in a July 23 aggravated assault, according to Police Chief Alfred Durham, who held a press conference Thursday.  WTVR CBS 6 online records show that an 8 p.m. shooting happened in the 2100 block of West Main Street that night and one person was shot.

Chief Durham addressed Hargrove’s record at the press conference, held to provide the community with an update to the shooting and to “dispel the rumors and misinformation that is currently circulating in the Fan neighborhood where the shooting and use of force occurred.”

“Based on witness statements, we had a felon firing on officers yesterday and officers returned fire,” Durham said.

The officers were called to the 2100 block of West Cary Street Wednesday when someone reported a man with a gun. When the officers arrived, Hargrove ran, police said.

The chief said Hargrove was killed and nine-year Richmond Police Department veteran Ryan Bailey suffered an arm injury in  the exchange of gunfire during the foot pursuit.

Witness Luis Ambriz said that when Hargrove was on the ground he continued to fire shots.

At the press conference Durham said he wanted to clarify the rumor that his officers reloaded. He said that did not happen.

"This is not Ferguson, this is not South Charleston," Durham said." And I refuse to allow the community to make and paint a picture of our officers that we have a bunch of rogue officers here who are out of control. That is not the case."

"My anger, if you will, is that to know that folks are accusing my officers, two officers, who were defending themselves, saving their lives, when we use force, it’s not to kill, we use force to eliminate the threat," Durham said.

Emotions ran high for the family and friends of Hargrove, who questioned the chief hours after Hargrove's death.

“I’m not asking questions, I’m telling you at the end of the day there’s a dead young black male here who was shot excessively and unnecessarily,” one woman said to the chief.

Hargrove’s mother was on the scene Wednesday, talking to police.

“We have to let them do their job, and we have to do our job,” she told the crowd.

“Give us an opportunity to investigate this incident,” Durham said. “I love this community and we will be open and transparent.”

"I love this community, our officers love what they do, and guess what, we have bad people out there, let’s face it. We can go and talk about what’s going on all across the country, the race relations between law enforcement and the communities that they serve. We don’t want that here. The citizens in this community know that they value their police officers, and we value our community," Durham said.

He also extended the full measure of his sympathy to the family and loved ones.