SUV driver crosses 6 lanes of traffic, ‘wakes up’ inside church

RICHMOND, Va. -- The man taken to the hospital after he drove into Master's Touch Church Ministries on West Broad Street in Richmond Tuesday morning said he had no memory of driving and "woke up" once inside the church, witnesses to the crash reported. The church is located along the 4000 block of West Broad  Street between Westwood Avenue and North Hamilton Street.

The driver crossed all lanes of West Broad Street before he drove onto the church parking lot and into the building, the witnesses said. No one was inside the building when the SUV drove inside. The crash happened at about 8:30 a.m. 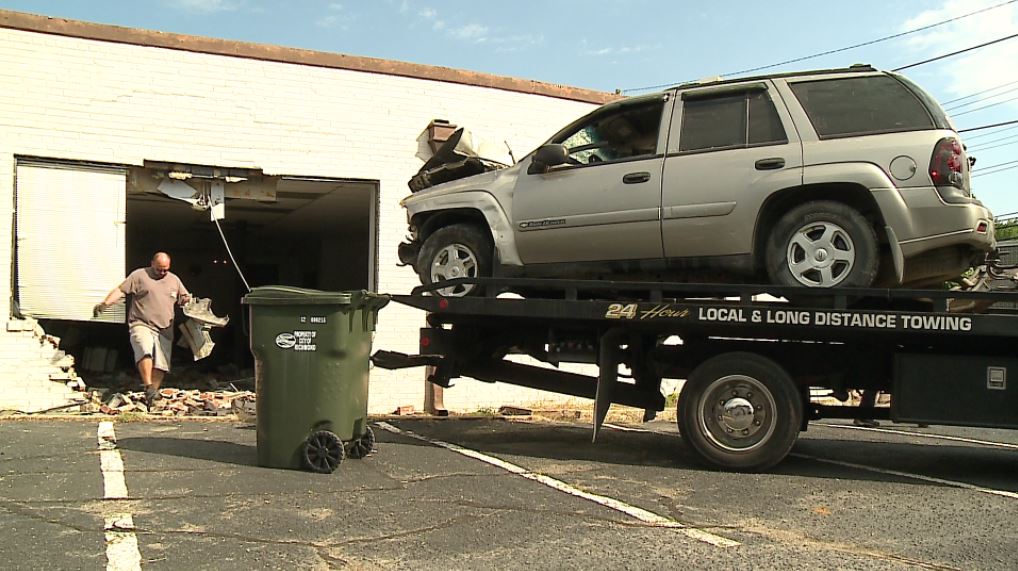 The driver was taken to the hospital with injuries. He was able to walk out of his SUV and into the ambulance, a Richmond Police spokesman added.

No charges have been filed at this time. The investigation into the crash remained on-going.