RICHMOND, Va. -- “Lucky Penny,” the stray dog who became a viral sensation after she was struck by a train earlier this month, was adopted by a loving couple Sunday.

The pit bull dog won the hearts of thousands in Central Virginia and across the country after she was hit by a train and lost a leg on July 6.

After weeks of recovery, she now has something she has never had before: a family.

“We found “Penny” the nicest family to go home with and it’s such a blessing,” said Richmond Animal Control Director Christie Chipps Peters.

When John and Kim Banu saw the first story WTVR CBS 6 featured about “Lucky Penny,” they said they were hooked and had to have her.

“The reporter indicated if she survived the surgery that was one hurdle the second hurdle would be would someone adopt her and we looked at each other and said, ‘That’s us, we’ll do it,’” John Banu said. “So here we are.”

“This does not happen, you don’t live getting hit by a train then when you live through it then successful through the surgery then get a great family, [it’s] such a blessing,” Chipps Peters said.

"Lucky Penny" raring to get in the car.

That’s how “Lucky Penny’s” new parents described the newest addition to their family, who they vowed to take good care of.

“We`re taking her swimming,” Kim Banu laughed. “The grand kids all want to meet her.”

Staff said nursing “Lucky Penny” back to health and finding her a good home was a community effort  that was well worth it because of the glorious happy ending. They know the Banu's will cherish Penny and introduce her to a totally new way of life. Filled with swimming, treats and plenty of love and kisses. 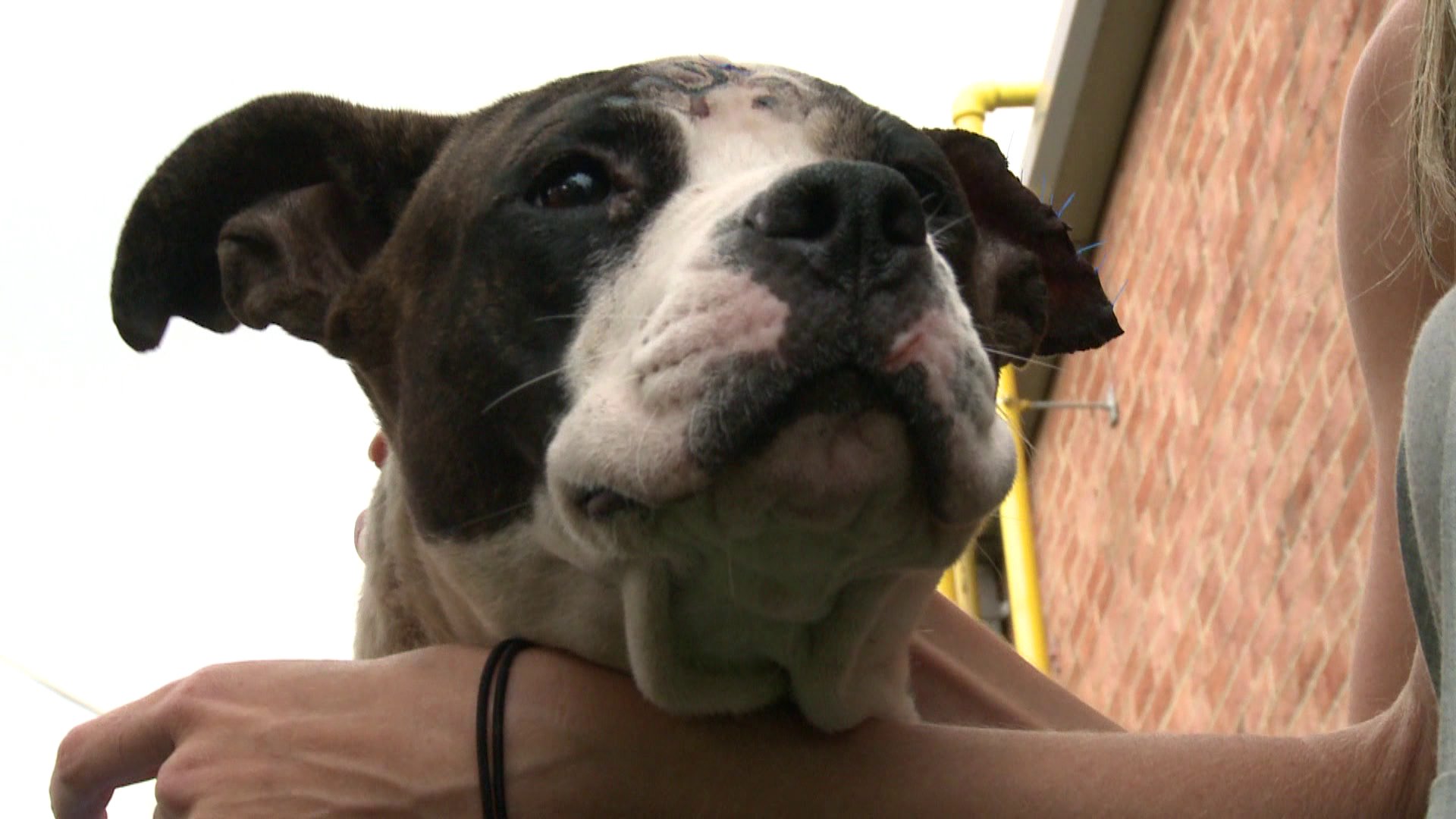