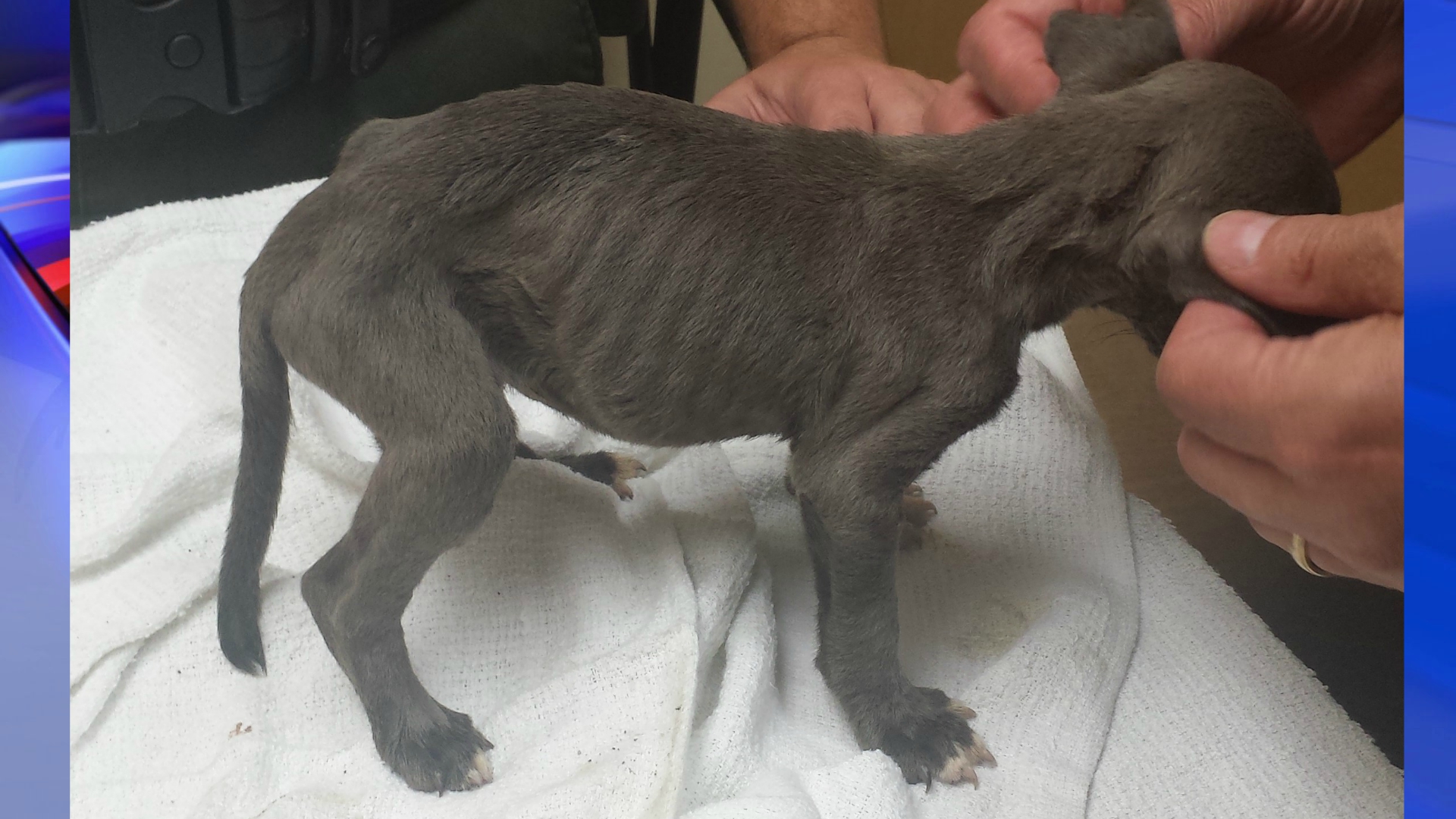 PORTSMOUTH, Va. — A pit-bull puppy left in a dumpster has died and now Portsmouth Animal Control officers seek information they hope will lead them to the person who  left the dog for dead. The starving dog was found in a construction dumper near a home on Median Court on the afternoon of July 16, police said.

“The puppy was inside of a black wire crate and covered with a yellow tarp. It is unclear how long the puppy was inside the dumpster,” police said. “Animal control officers immediately took the puppy to the veterinarian hospital. She was extremely emaciated and weighed approximately two pounds. Later that evening the puppy, named Thia after she was rescued, was taken to the Portsmouth Humane Society, where she later died.”

Anyone with information about the puppy or its owner was asked to call the Crime Line at 1-888-LOCK-U-UP℠.