CHESTERFIELD COUNTY, Va. -- Multiple vehicles were damaged Monday as fire spread in the parking lot at Midlothian Athletic Club, off Midlothian Turnpike, in Chesterfield. A fire started under one of the vehicles and quickly spread to the two other vehicles parked nearby, according to witnesses. No one was inside the vehicles when they caught fire and no one was hurt.

Mechanic Steve Wilkinson from simply import auto said this accident likely wasn’t an electronic failure. Wilkinson said extreme temperatures could have played a part or maybe even a spark under the hood when shutting the car off.

Wilkinson said if you smell something funny while driving, check it out immediately. Pop the hood to see if you have oil around your engine or maybe a fuel leak

"I've seen where oil leaks, fuel leaks can quickly ignite especially with a coil gone bad where an open spark can ignite a fire,” Wilkinson said.

Another thing to look for when you park your car in the driveway or garage is oil or fuel spots when you move it. If you see something, Wilkinson said it may be a good idea to take your car in to get checked.

"Fire crews determined the fire was accidental and started in the engine compartment of one of the vehicles; however, the exact cause of the fire was not able to be determined due to the amount of fire damage," Chesterfield Fire and EMS spokesman spokesman Lt. Jason Elmore said. "It took crews approximately twenty-five minutes to get the fire under control."

Two of the vehicles were destroyed by the flames. One vehicle suffered damage to its bumper. Work crews were seen cleaning up the melted mess at about noon Monday. 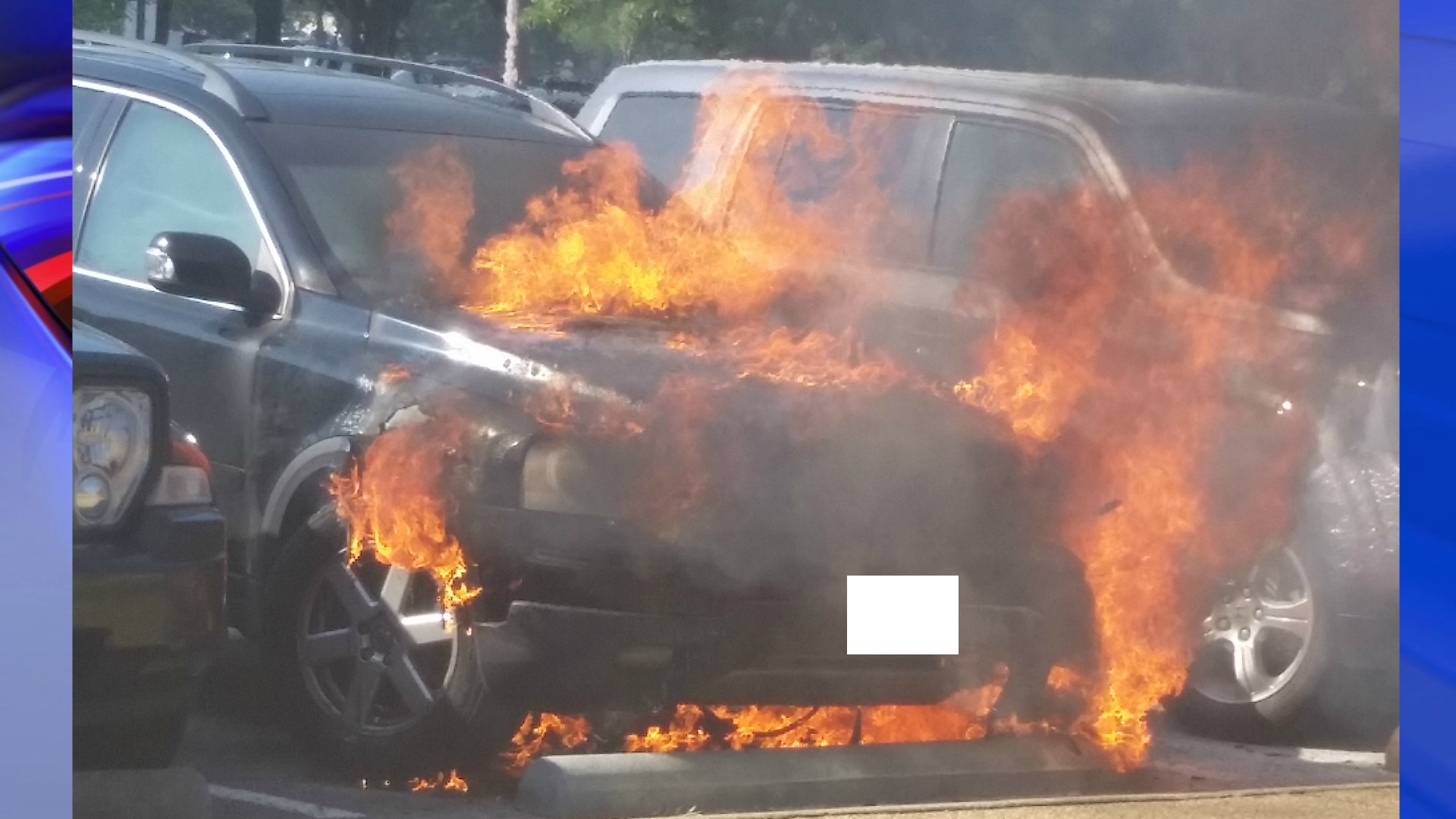