Sleepy trucker accused of killing Virginia bikers due in court

"At this point we think the driver may have fallen asleep at the wheel," North Carolina Highway Patrol Master Trooper Christopher Knox said. "Based on evaluations, neither the tractor trailer driver or the co-driver were impaired on alcohol or drugs."

Serna, police said, only stopped after hitting the bikers because his truck had a flat tire.

"One witness who observed the actual impact said the tractor trailer driver drifted from the middle southbound travel lane and went right off the road into all six motorcycles," Trooper Knox said. "One of the bikers who was standing on the shoulder of the road was killed instantly."

Kenneth N. Jefferson, 51, of Chesterfield and Arnie M. Morris, 37, of Woodbridge, were killed when the big rig ran off Interstate 85 south in Greensboro and plowed into six motorcycles stopped on the shoulder.

Jefferson was a truck driver for UPS. He is survived by four daughters and 10 grandchildren. Family members said he was engaged and set to be married in September. Jefferson was a member of the Black Eagle Ryders MC and known as “Networker.”

The group of bikers had stopped to deal with mechanical issues with one of the bikes, police said. They were on their way to Atlanta at the time of the accident.

Four bikers survived the ordeal. Jerome D. Howard, 48, of Woodbridge, ; Caroline Campbell, 47, of Chesterfield; Michael A. Robinson Sr., 57, of Woodbridge, and Gregory D. Harmon, 44, of Bowie, Maryland were treated for their injuries. 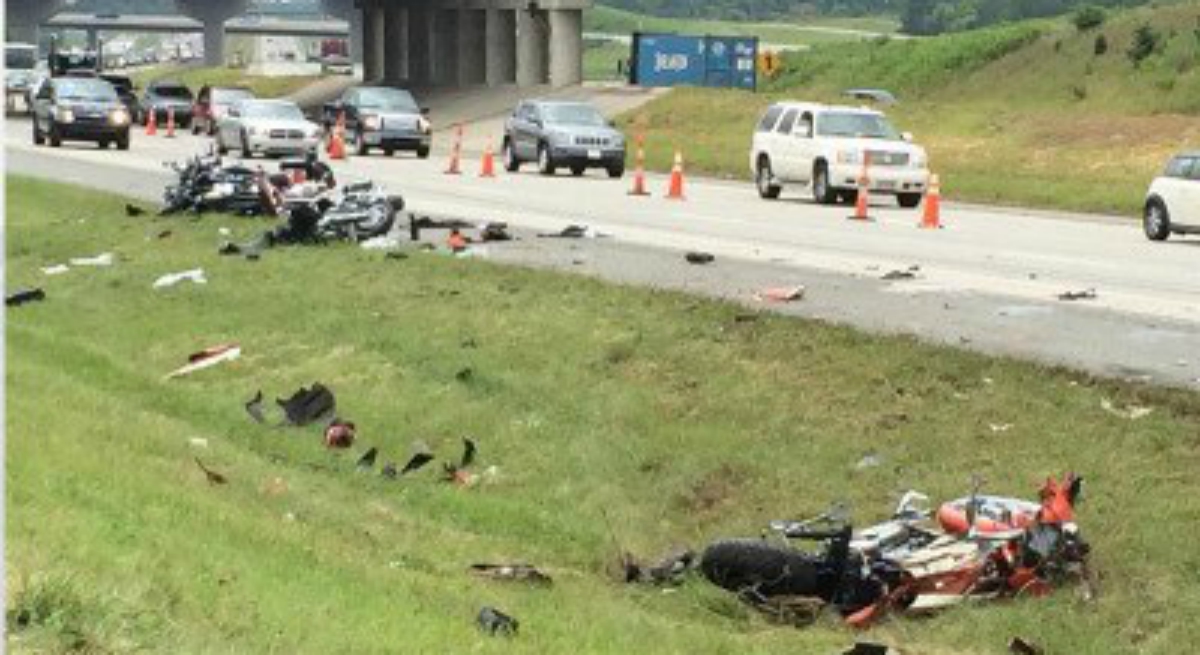