Chester motorcyclist dies after horrific semi crash on I-85

GREENSBORO, NC -- A Chesterfield man who was riding with a group of bikers struck by a semi along the side of I-85 south in Greensboro, North Carolina around 6 a.m. Friday has died in the hospital.

Jefferson, a truck driver for UPS, is survived by four daughters and ten grandchildren. Family members said he was engaged and set to be married in September.

Jefferson was a member of the Black Eagle Ryders MC and known as “Networker.”

Arnie M. Morris, of the 4400 block of Daisy Reid Avenue in Woodbridge, was also killed instantly in the crash.

Morris was known as the "Serious One,"  the leader of the Maryland chapter and a committed father who was serious about riding, safety and his children, Truth said. "He's a great father. He loved, loved, loved to ride," one member of the group told Mark Holmberg  Friday. He was called Serious One or S.O. because "he had this serious look - seriously handsome, too. A really great, good-hearted guy."

Forty-eight-year-old Caroline Campbell, of North Chesterfield, was treated for minor injuries and released from the hospital.  She was the only rider who was sitting on the bike at the time of the crash.

According to reports from North Carolina authorities, six of the club’s motorcycles were pulled off on the shoulder of I-85 in Greensboro. Apparently they took a break (on their way to a motorcycle rally in Atlanta, Truth said). The unidentified driver of the big rig from Florida apparently fell asleep and ran off the road, plowing through the motorcycles. He may not have even noticed he had hit them until he pulled off a half-mile up the road because of a flat tire, from the crash, according to a police report.

“One witness who observed the actual impact said the tractor trailer driver drifted from the middle southbound travel lane and went right off the road into all six  motorcycles. One of the bikers who was standing on the shoulder of the road was killed instantly," NC State Highway Patrol Master Trooper Christopher D. Knox said.  "Based on evaluations, neither the tractor trailer driver or the co-driver were impaired on alcohol or drugs...  At this point we think the driver may have fallen asleep at the wheel."

The semi driver, 34-year-old Daniel S. Serna, 34, of Plantation, Fla., has been charged with felony hit-and-run and misdemeanor death. He is being held at the Guilford County Jail under a $100,000 bond. 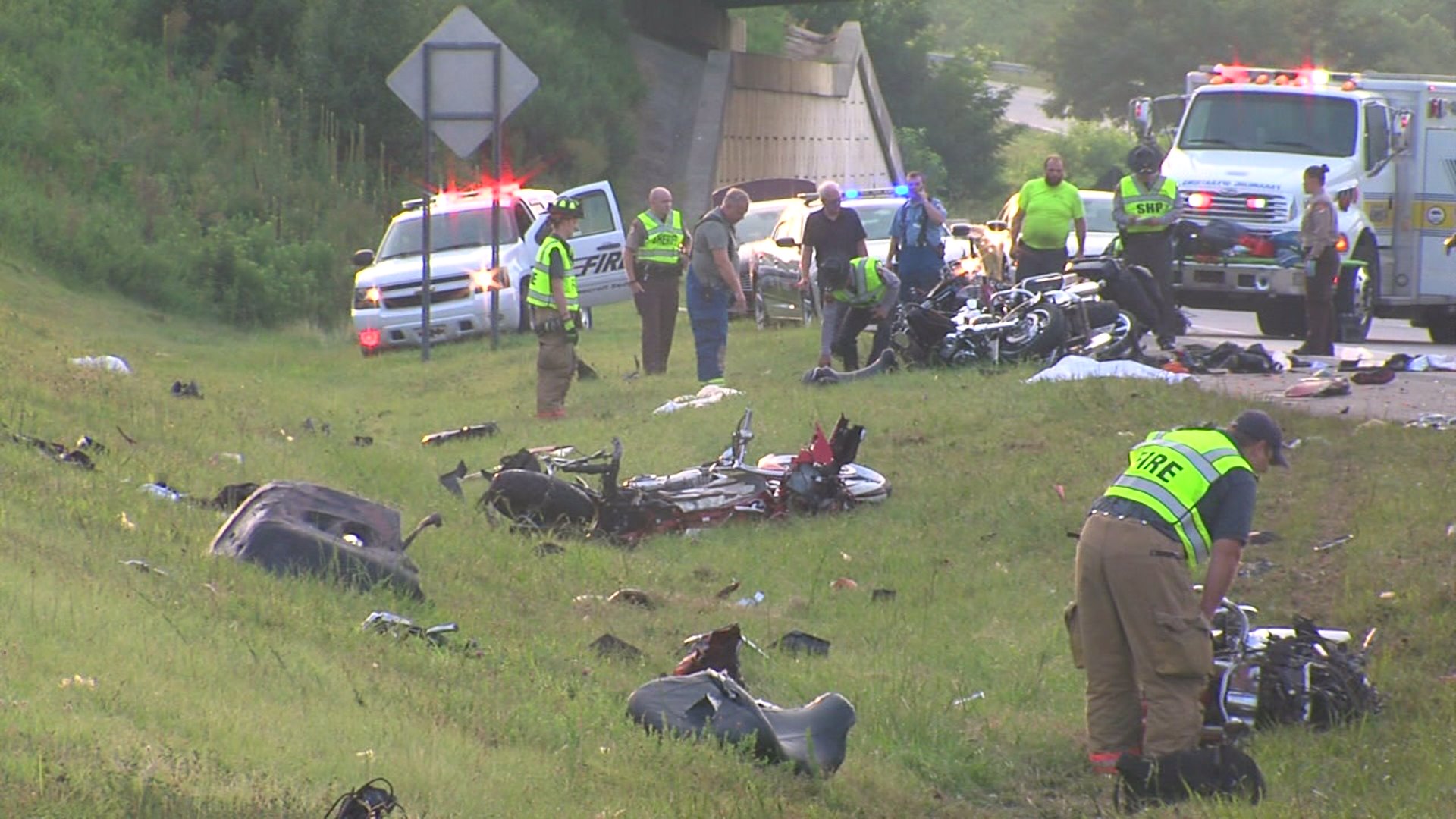