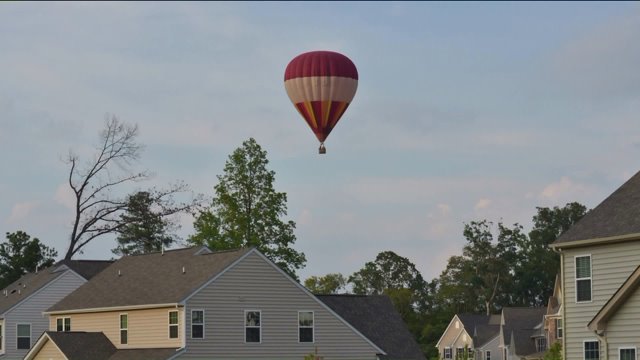 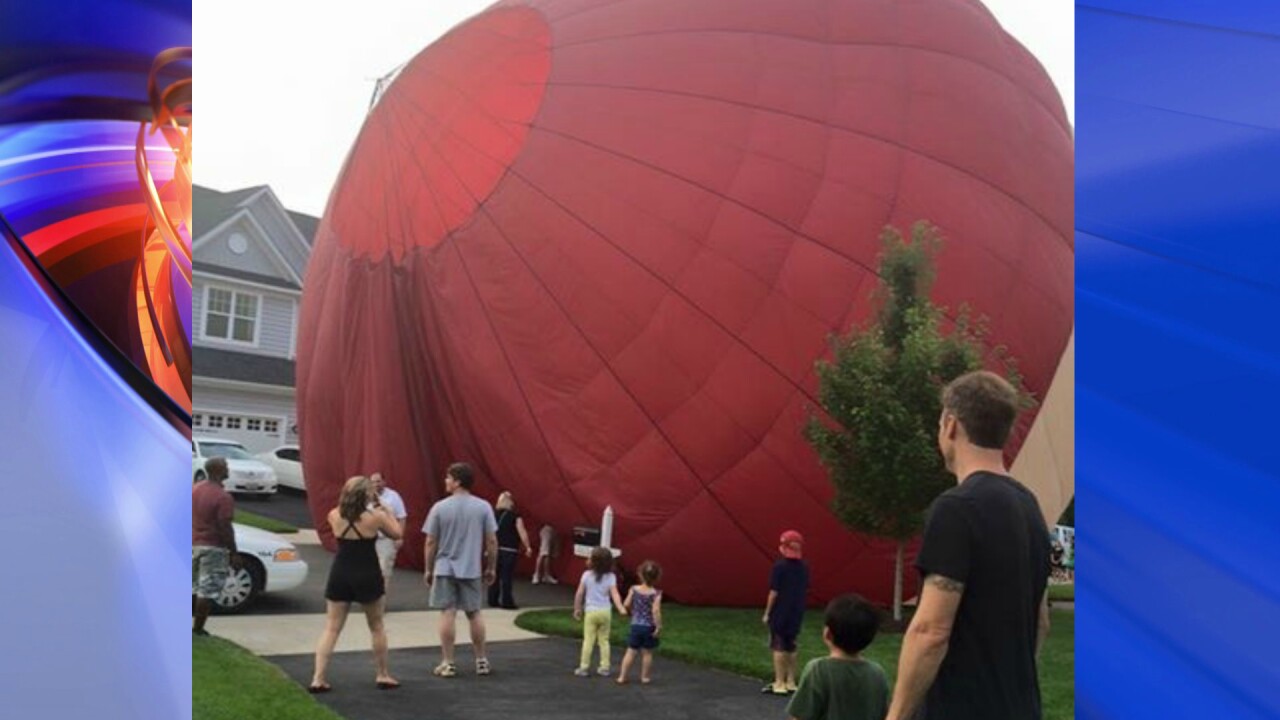 "I could hear the guy talking, he was completely calm talking to two other people in the basket basically planning where he was going to land," said eyewitness Karl Dietz, who recorded video of the balloon landing behind his home.

The pilot said Sunday night's wind forced him to land before reaching the Hanover airport.

It's a good thing the neighborhood kids came out to see what was happening, because the pilot let them walk on the balloon to help get all of the air out. No one was injured.

"It was like this huge balloon drifting down from the sky everybody watched it come down and totally surprised," said resident Tiana Lamb.

"I thought why did they even land it here?" said, Nicholas Ashley.

The landing was a surprise to neighbors in the Hanover County community, but not for pilot Gilbert Martin.

"It's not uncommon to land in a subdivision as long as the conditions are safe," said, Martin, owner of Balloons over Virginia. "We planned our flight based on the wind direction. We knew it was taking us toward that subdivision, as well as the school and a field across the street. So, the landing in the subdivision was actually planned within a few minutes after we took off. The reason was because that's the way the winds were going to take us," added Martin.

"I have no idea why they picked this spot, but it worked out great," said Ashley. "It was instant entertainment for a lot of children in the neighborhood last night.  They were great with the kids letting children go up and touch the balloon.  They were even letting the children walk on the balloon to let the air out of it. It was a really amazing experience," added Ashley.

"I saw kids running on it, touching it, and it looked like a lot of fun, said Nicholas.

So then what did you do? asked French.

"I hopped in with them!" added Nicholas.