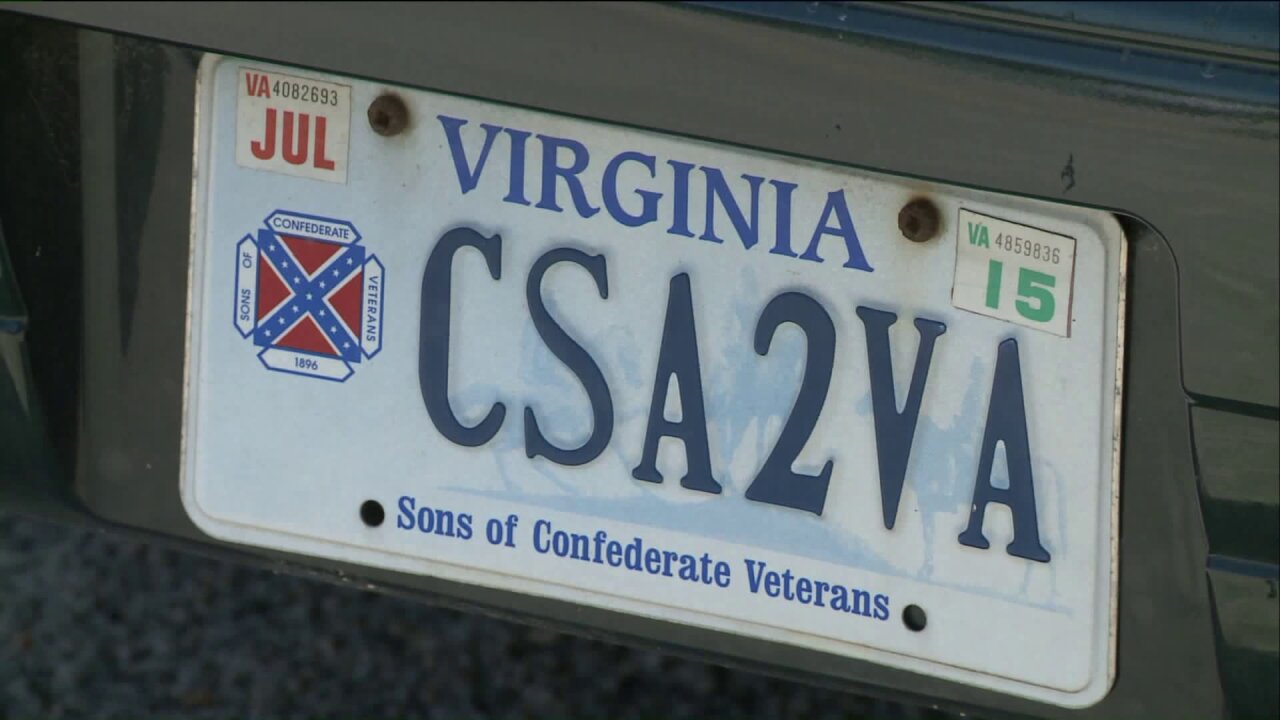 RICHMOND, Va. -- Despite a declaration from Virginia governor Terry McAuliffe that the Commonwealth intends to phase out the state-sponsored license plate featuring the confederate flag, the Sons of Confederate Veterans say a court decision, handed down more than a decade ago, gives the organization the right to keep its license plate.

The Sons of Confederate Veterans challenged the governor’s authority, citing a 2002 ruling by the 4th Circuit Court of Appeals that upholds the organization’s right to free speech.

The Virginia General Assembly approved a specialty license plate for the SCV in 1999, but lawmakers forbid the group from displaying the Confederate insignia.

In a letter addressed to DMV Commissioner Richard Holcomb and forwarded to the governor, SCV Commander Tracy Clary wrote “I am aware of no order from the 4th Circuit vacating our right to receive our plates from the Virginia Department of Motor Vehicles and on behalf of ALL the citizens of the Commonwealth I insist that you follow the rule of Law.”

Last week, the governor instructed Virginia Attorney General Mark Herring to start the process of reversing the prior court ruling and replacing the current plates. More than 1,600 Virginians have license plates displaying the confederate flag.

By the time of publication, the governor’s office had not responded to the organization’s letter.