Truckers walk away uninjured from ‘horrific’ crash that closed I-295

HENRICO COUNTY, Va. -- Both drivers made it out of their tractor-trailer trucks on their own following a fiery crash Tuesday morning that closed northbound Interstate 295, near Route 895 (Pocahontas Parkway), in eastern Henrico. The accident, near exit 25, was first reported at 8:23 a.m.. The first emergency crews that arrived at the scene described the crash as "horrific."

"The impact of the crash caused one of the tractor-trailers to catch fire. Neither driver was injured in the crash," Virginia State Police spokeswoman Corinne Geller said. "The left lane was reopened by 9:30 a.m. One of the trucks is loaded with bottled water. The cause of the crash remains under investigation." 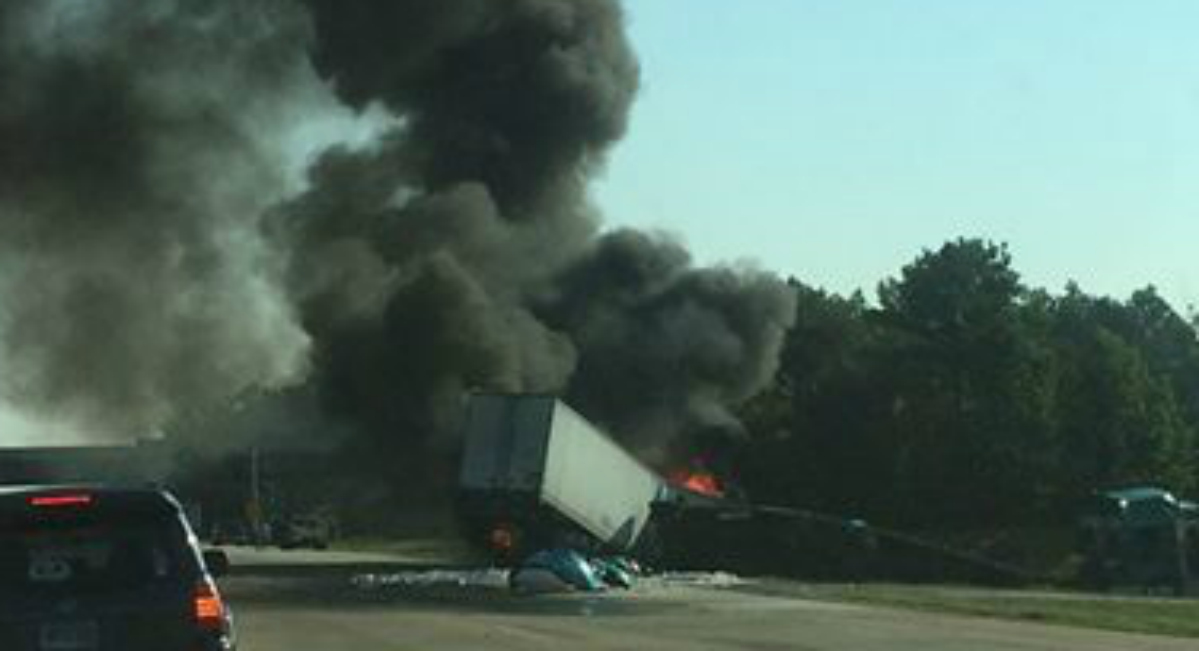 "The fire was quickly extinguished on the tractor trailer," Henrico Fire spokesman Captain Daniel Rosenbaum said. "There was a small fuel leak that was also contained and prevented to enter waterway."

"The right and center lanes remain closed," VDOT advised. "The detour has been lifted. The backup is now two miles. Continue to expect delays."

Anyone with additional information about this crash, can submit a photo here. For real-time traffic updates, click here.