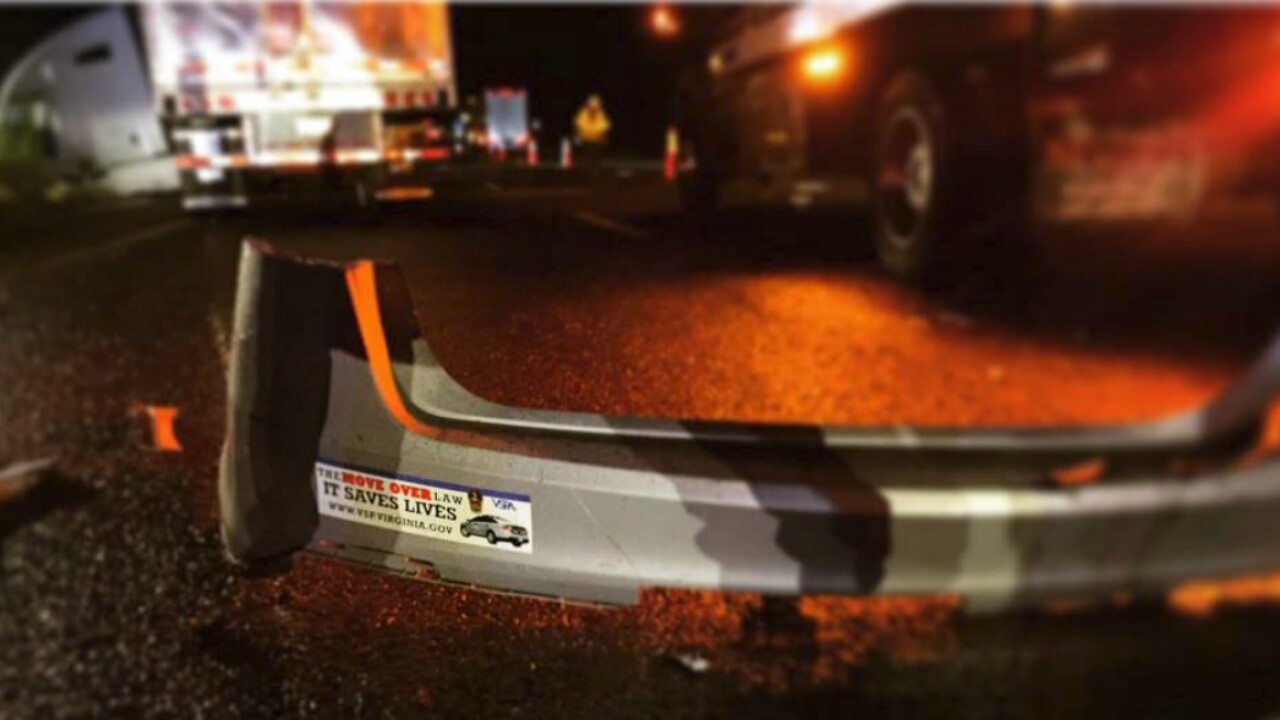 CAROLINE COUNTY, Va. — A Virginia tow truck driver captured a meaningful image after he responded to a serious crash involving a Virginia State Trooper on Interstate 95 in Caroline. Mark Giles Jr., a driver for Bud’s Towing in Ruther Glen, said he and other troopers at the scene of Wednesday’s crash stopped in their tracks when they saw the detached bumper of a state trooper’s cruiser on the interstate. On the bumper was a sticker that read: “The Move Over Law: It Saves Lives.”

“[This is] one of the most meaningful pictures I’ve ever taken,” Giles posted on Facebook. “This is from the scene the other night where Trooper Benner was injured. The bumper from [the] car that got hit was laying on the ground perfect for this picture with the move over law sticker. June is Move Over Awareness Month so let’s spread this awareness.”

As a tow truck driver, Giles said he has developed a friendship with many state troopers while working together along the sides of dangerous interstates.

“Everyone watches each other’s back,” he said.  “Over the years we’ve developing a relationship.”

He said he hoped people shared his photo and obeyed the Move Over Law – which compels drivers to move one lane over when emergency vehicles and tow trucks are working on the road with lights flashing. While Wednesday’s accident was not necessarily tied to a violation of the Move Over Law, Giles said he hoped the photo raised awareness.

“It’s an extremely important law for us,” he said. “We all have lives we want to live too.”

Benner, along with two other troopers, were directing traffic around high water at about 1:18 a.m. when a southbound tractor trailer slammed into their cruisers, according to Virginia State Police spokesman Sgt. Steve Vick.