Vehicle flips after crash, closes lanes at Broad and Boulevard 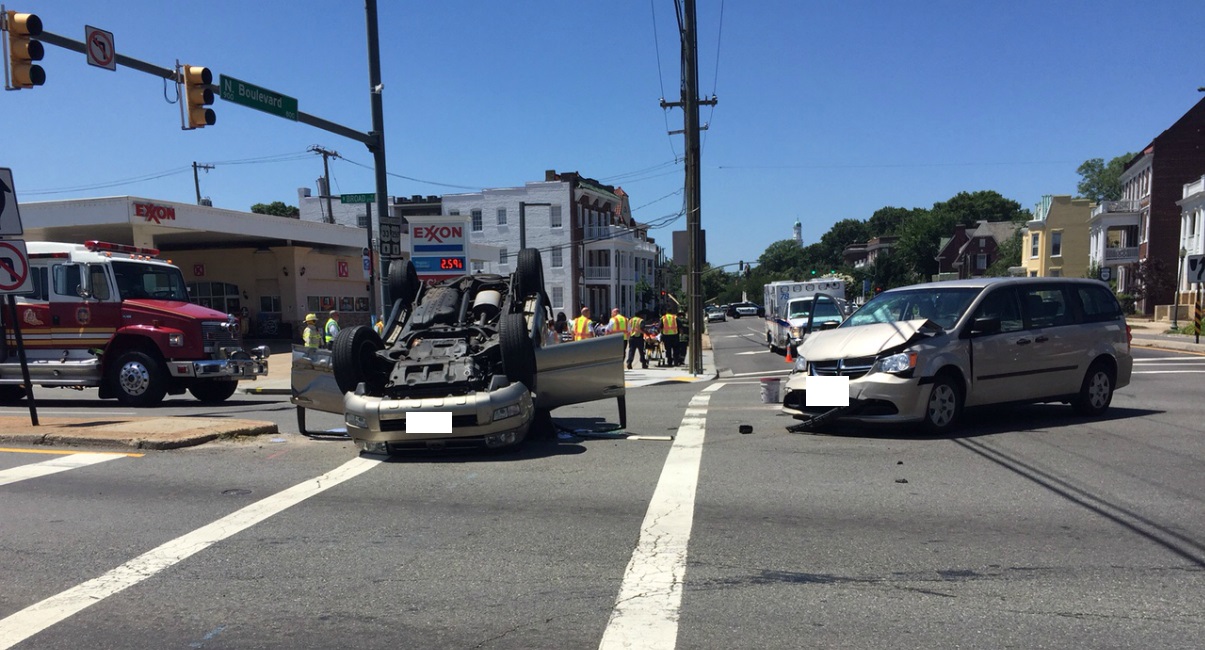 RICHMOND, Va. — At least four people were taken to the hospital following a two-vehicle crash at the intersection of West Broad Street and North Boulevard Tuesday morning in Richmond. Emergency crews responded to the crash at about 11:10 a.m.

The conditions of those involved in the crash have not yet been released. The cause of the crash remained under investigation.

Some lanes of West Broad Street , near Boulevard, were closed as police investigated the crash. This is a developing story.