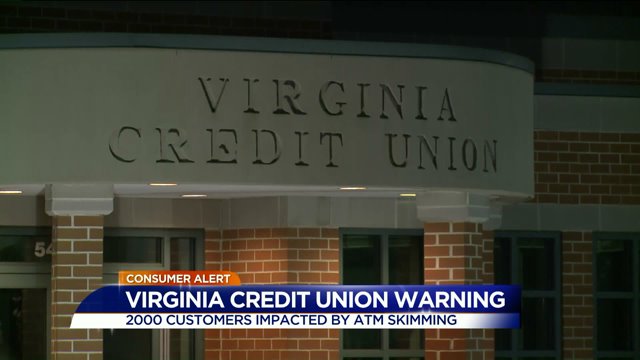 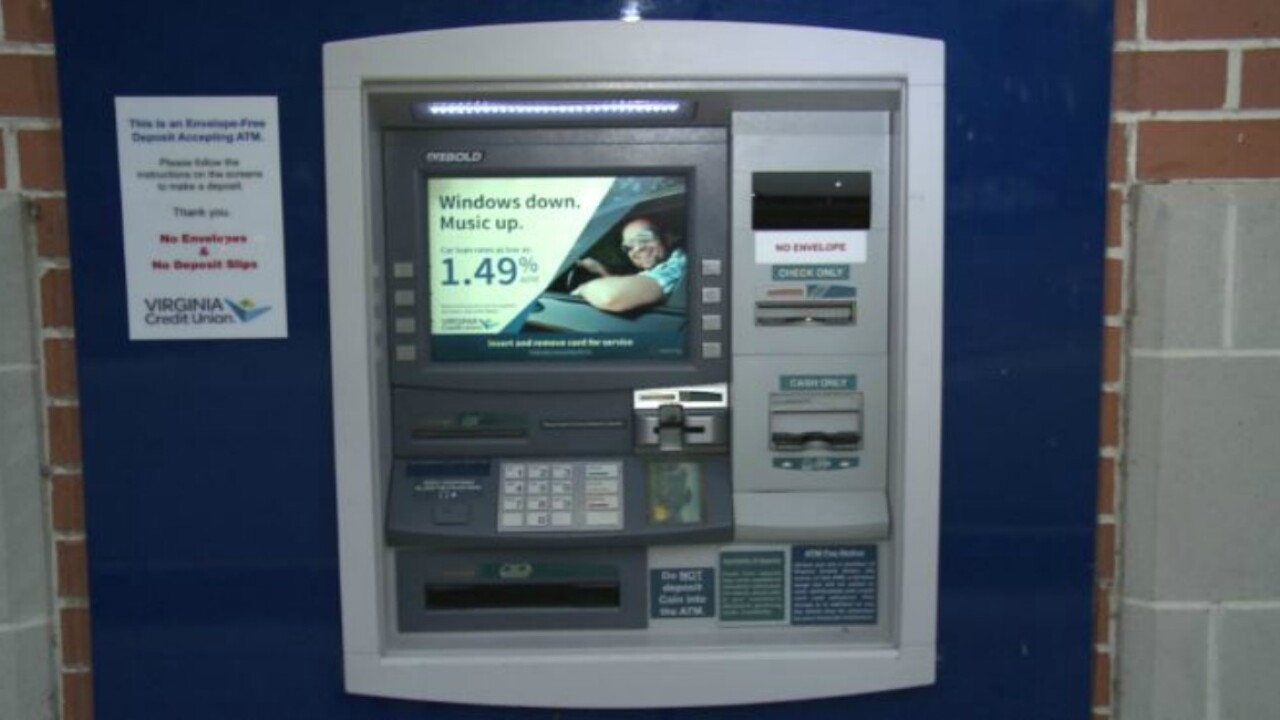 RICHMOND, Va. -- Two thousand Virginia Credit Union debit cards are being replaced after the credit union discovered a scamming device on of one of its ATMs on Memorial Day. Glenn Birch, with Virginia Credit Union, said thieves put devices on at least three ATMs. The devices collected debit card pin and card numbers. The thieves then used the numbers to create duplicate debit cards.

"We’re looking at two of our locations at this point, our Glenside branch and our Southpark branch where we believe skimming devices may have been installed," Birch said. "There are 2,000 debit cards of our members that we know are potentially vulnerable to fraud as a result of this."

Virginia Credit Union learned about the situation because they do routine checks on their ATMs to see if there is anything unusual on them. During a check on Memorial Day, they located the skimming devices.

Birch said he cannot say the exact date range the skimming devices were on the ATMs because the investigation is ongoing. He added that the bank is reaching out to all impacted customers and their cards are being replaced.

"If there is any loss due to fraud we will be restoring those members fully," Birch said.

He added law enforcement told him other financial institutions fell prey to these skimming schemes.