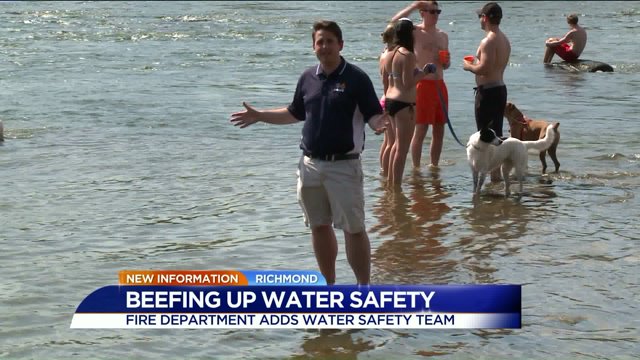 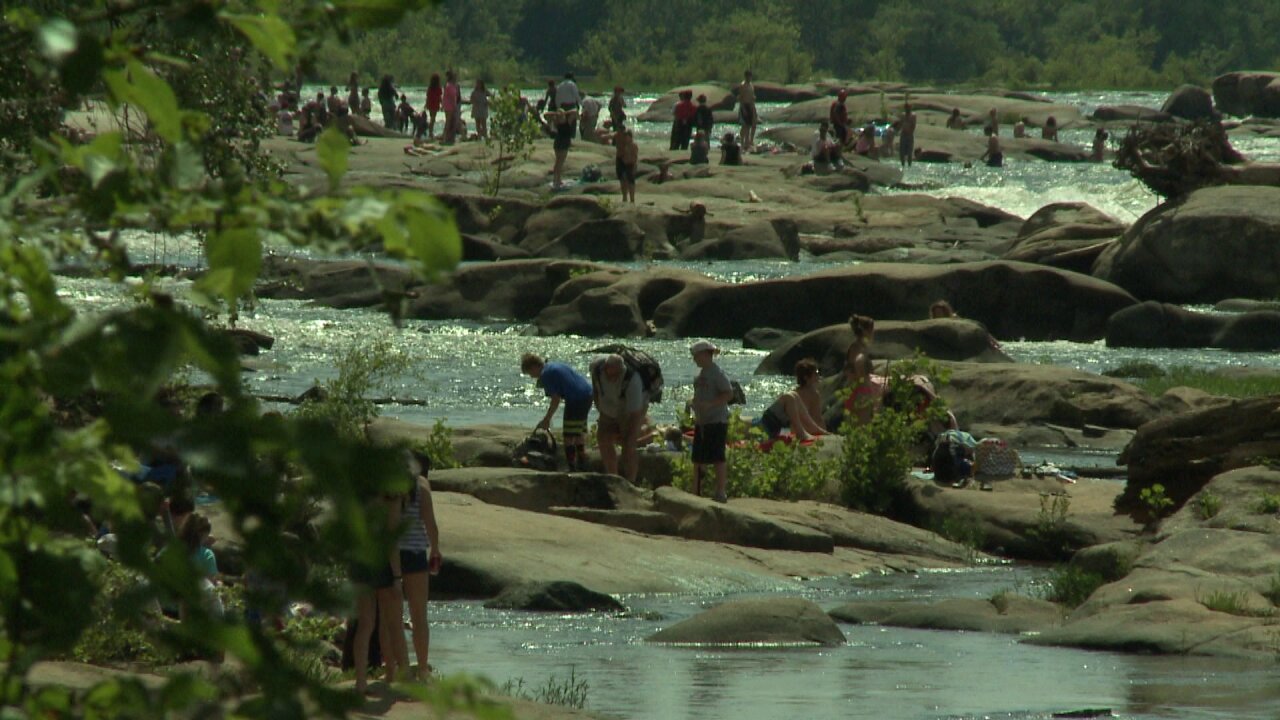 RICHMOND, Va. -- The James River may be one of the most inviting elements of the River City, especially during the scorching summer months, but it can also be dangerous if you’re one of the many visitors unfamiliar with the river’s hidden dangers.

Search and dive teams have been busy over the past few weeks conducting several water rescues. As a result, Richmond fire crews are adding patrols for the summer starting Memorial Day weekend.

“It’s the most crowded I have ever seen it,” said Carolyn Coleman, who was making the most of Belle Isle said Sunday. “It's great. It’s beautiful weather."

While rafting, swimming or just lying on the beach or rocks is a glorious way to spend an afternoon, life on the James can turn dangerous.

WTVR CBS 6 crews spotted one cyclist being transported by ambulance after he was hurt when attempting to jump a dirt hill on his bike.

Coleman said the man, who was by himself and not wearing a helmet, hit his head when he landed and was able to get up. didn't

“We saw it happen," Coleman said. "He was able to get up and my husband was able to call the rescue squad, so hopefully he'll be ok.”

But the most dangerous part of a trip is if you venture into the water. That’s  why the Richmond Fire Department is placing crews along the river to warn river-goers to be safe.

Lt. Christopher Armstrong  with the RFD said that each weekend two firefighters will be on Belle Isle handing out Band-Aids, water if someone is dehydrated and sporting lifeguard swim vests  in case someone  get stuck on the rocks.

People becoming stranded has especially been a problem recently. In fact, there were six river rescues on just one day two weeks ago. Those rescues cost the city  thousands.

“Sometimes there are hidden dangers. Sometimes when its high tide you might not see a rock below, so we always recommend you never dive in the river,” Armstrong warned.

Lt. Armstrong said the biggest mistakes people make is swimming out too far late in the day when the rapids pick up speed and the tide is likely to rise.

Also remember that alcohol is prohibited on the river. And while you’re encouraged to have a cellphone, there are call boxes should you forget.

And from a word of warning from someone who comes to the river often:

"Know your abilities. Check your bicycle to make sure the brakes are working," Eric Martin said. " Only do things that are within your abilities here. There's thing here that you can that are very low ability... and there are some very technical things here."