RICHMOND, Va. — The Virginia Commonwealth University police department gave thanks to a man who has served them for nearly 60 years.

On Thursday afternoon, VCU Police chiefs, officers, staff and 40th Academy recruits stopped by Adams Barber Shop to celebrate Howard Adams’ work. They brought him two cakes – one to celebrate in the shop and one for Adams to take home for his wife. 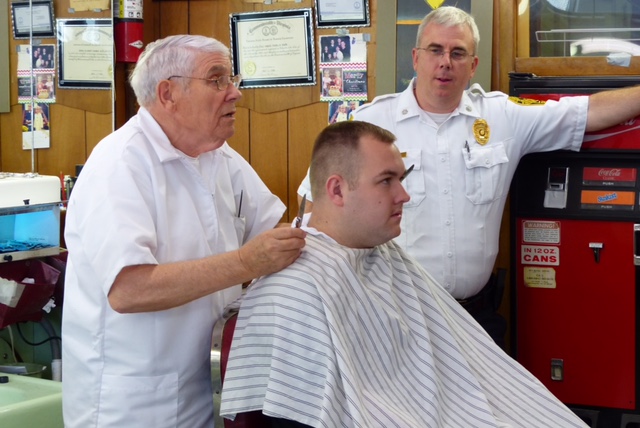 Adams Barber Shop, with classic chairs and vintage signage out front, is a go-to location for police, fire and EMS workers in the city to stop in for haircuts. It’s typically open 12 hours a day to accommodate the schedules of emergency service personnel.  The shop has been on Broad Street for 57 years.

VCU Police officers routinely visit the shop for haircuts and Venuti is focused on increasing collaboration and communications with local businesses.  This is the second year VCUPD has acknowledged Mr. Adams’ long legacy in the city.
Copyright 2021 Scripps Media, Inc. All rights reserved. This material may not be published, broadcast, rewritten, or redistributed.