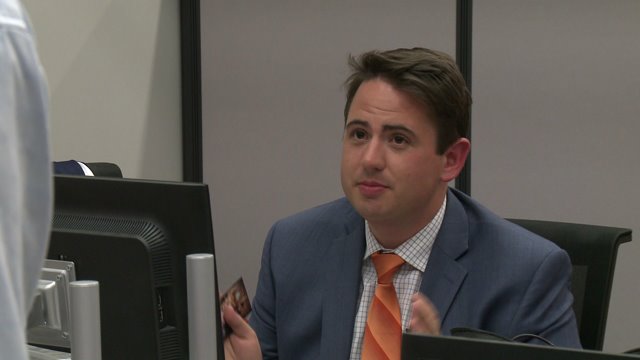 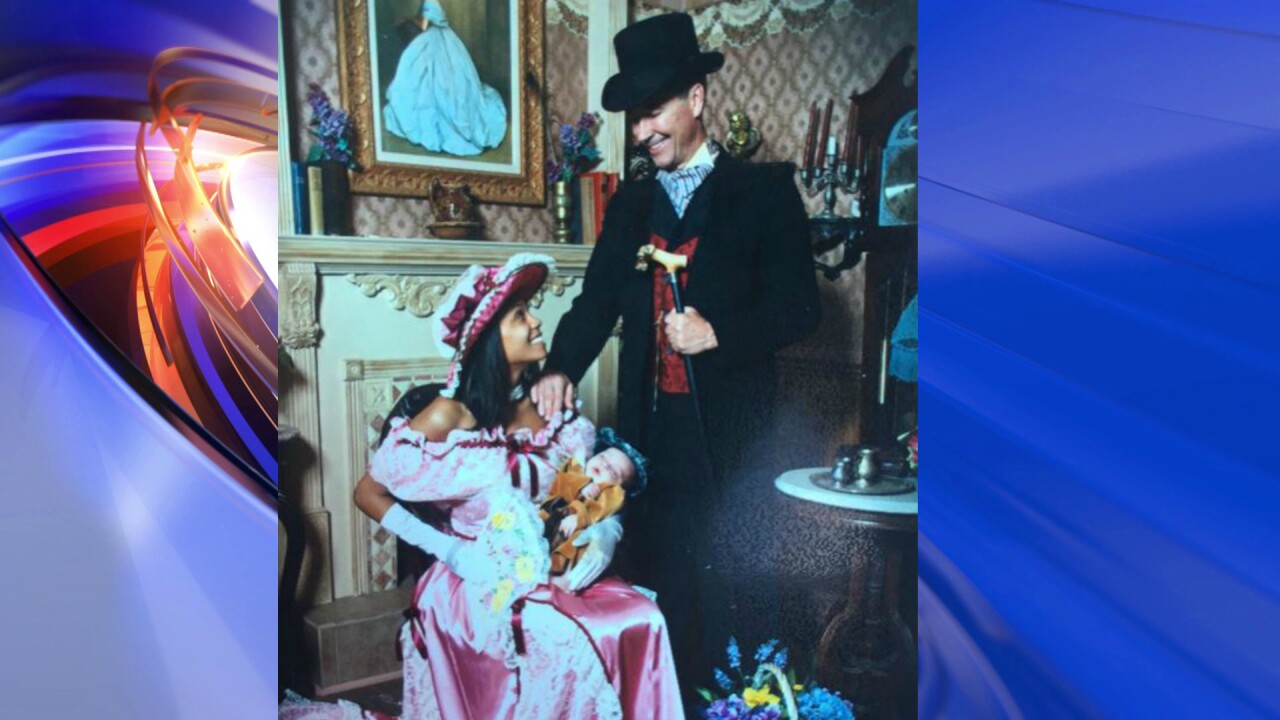 RICHMOND, Va. -- Months after he promised to address the controversy surrounding a baby born to his teenage staffer, Joe Morrissey handed an odd portrait to WTVR CBS 6 political reporter Joe St. George with no explanation. When St. George asked if the photo was Morrissey's way of confirming he was in fact the baby's father, Morrissey said "no" and walked away.

The photo showed Morrissey, his former employee Myrna Pride and an infant dressed in period costumes.

I was just handed this photo of Joe Morrissey -- by Joe Morrissey. #BreakTheInternet pic.twitter.com/5H89jyX5ZT

On the back of the photo, a personalized note.

And the back of the photo Joe Morrissey handed @JoeStGeorge, complete with personalized note. pic.twitter.com/djS7dg3gLZ

Pride, 19, gave birth to the child in mid-March, days after Morrissey completed a 90-day jail sentence for contributing to the delinquency of a minor. The sentence was the result of a plea deal Morrissey struck after he was accused of having a sexual relationship with an underage staffer.

Pride appeared with Morrissey days after the child's birth when Morrissey announced he planned to run for Virginia' s 16th Senate District seat. In April, the State Democratic Committee ruled Morrissey did not have enough signatures to run in the Democratic primary.

Morrissey gave up his 74th House of Delegates seat in order to run for the Senate. He could still seek the Senate seat as an independent candidate.

The Morrissey photo created a bit of a social media stir when St. George tweeted it out Thursday afternoon.

@JoeStGeorge Is this an admission of paternity or just Joe Morrissey playing dress up?

@JoeStGeorge I am without words, because they are unnecessary.

@JoeStGeorge Congratulations, you just had the most surreal encounter it is even possible to have with another human being.