Search crews spent much of Friday in the water and searching via helicopter. Davis said that was the same day her son, Tyreese Davis, went missing.

"We have called all of the hospitals all of his friends and nobody has found him," Fannie Davis said.

Sunday was also a busy day for rescue crews. In fact, teams were dispatched to six separate water rescues.

The first call came in around 1:45 p.m. That’s when someone told dispatchers they thought they saw something in the James. That call ignited a massive search, which included the state’s medflight helicopter.

For those celebrating on the river for Mother’s Day, the scene was worrisome.

“What you're seeing right now is just a bunch of cops and an ambulance riding around trying to find something,” explained Jessica Adkins. “We've seen a lady, she was crying, so I assume it didn't come out right.”

While the body was located around 5 p.m., crews were unable to remove it from the river until around 8 p.m. because of the high number of water rescues.

At least 20 men and women from various departments took part in the operation, which included a foot search to explore places that were inaccessible by boat.

Family wants to identify body right away. Officials not letting them. Says procedure must be followed https://t.co/YTLGQZ7gwI

The family of one missing man has gathered....they are hoping it is not their son but are fearing the worst pic.twitter.com/Tfurxe0cxu

Richmond fire is "hopeful" they have found something. Search on James River is in day 3. pic.twitter.com/3pXk2vz2bF

Helicopter and search crew in James River. We will keep you updated @CBS6 pic.twitter.com/KCtNFOQsUp 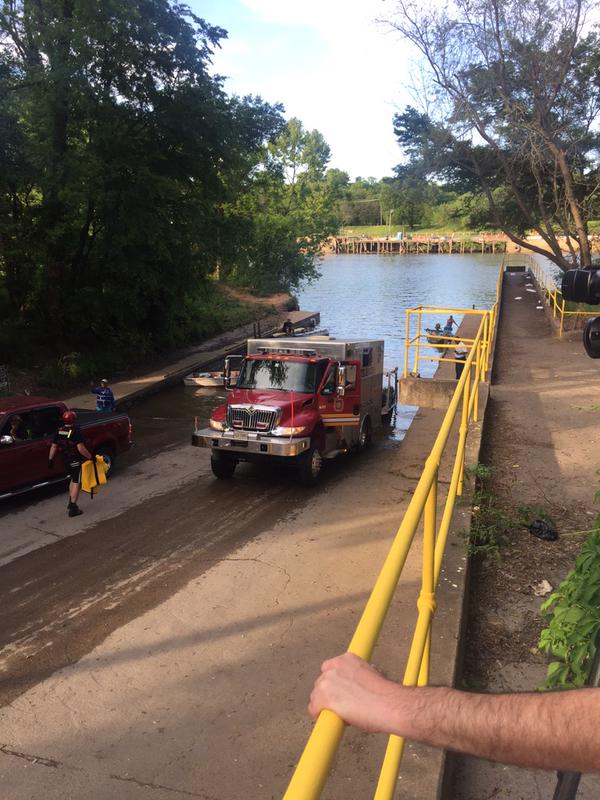