CHESTERFIELD COUNTY, Va. — The one person inside a home that caught fire along the 4200 block of Lamplighter Drive in Chesterfield tried to put out the fire before escaping unharmed, Chesterfield Fire and EMS spokesman Lt. Jason Elmore said. When fire crews arrived at the home around 12:30 p.m. Wednesday, they reported fire shooting from the doors and windows.

"Holy God,” Bishop said as sirens blared and firefighter carried hoses up to the house.

Around 40 seconds into the video, water was turned on and crews began to attack the heavy flames shooting from the home’s front door and windows. As water knocked down the flames, a giant cloud of smoke appeared.

The blaze took firefighters, who entered the home and found heavy fire conditions on the first and second floors, about 30 minutes to mark the fire under control. Officials said the fire was caused when the person inside the home left a pan of hot grease on the stove. When that person headed upstairs, the grease ignited in the kitchen.

The occupant, who was still upstairs, climbed out of a second-story window before running back into the home to try to put out the fire. When those attempts were unsuccessful, the person ran out the front door.

Several people lived in the home. 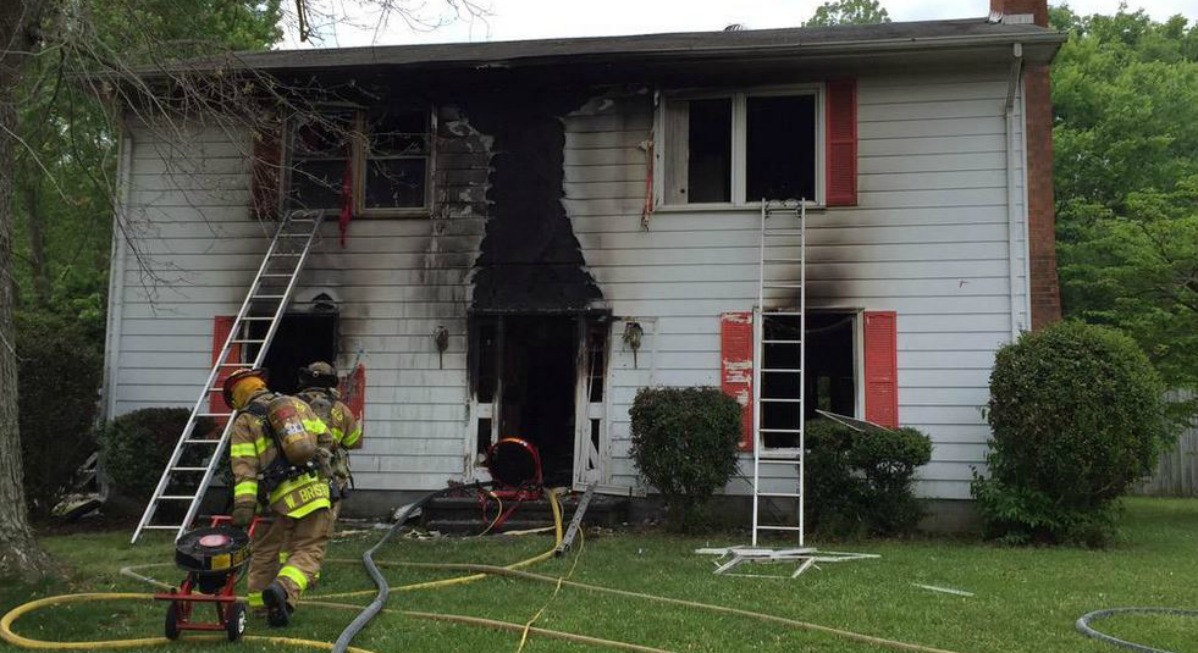