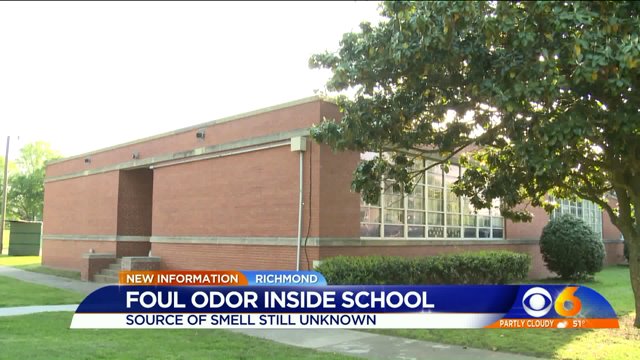 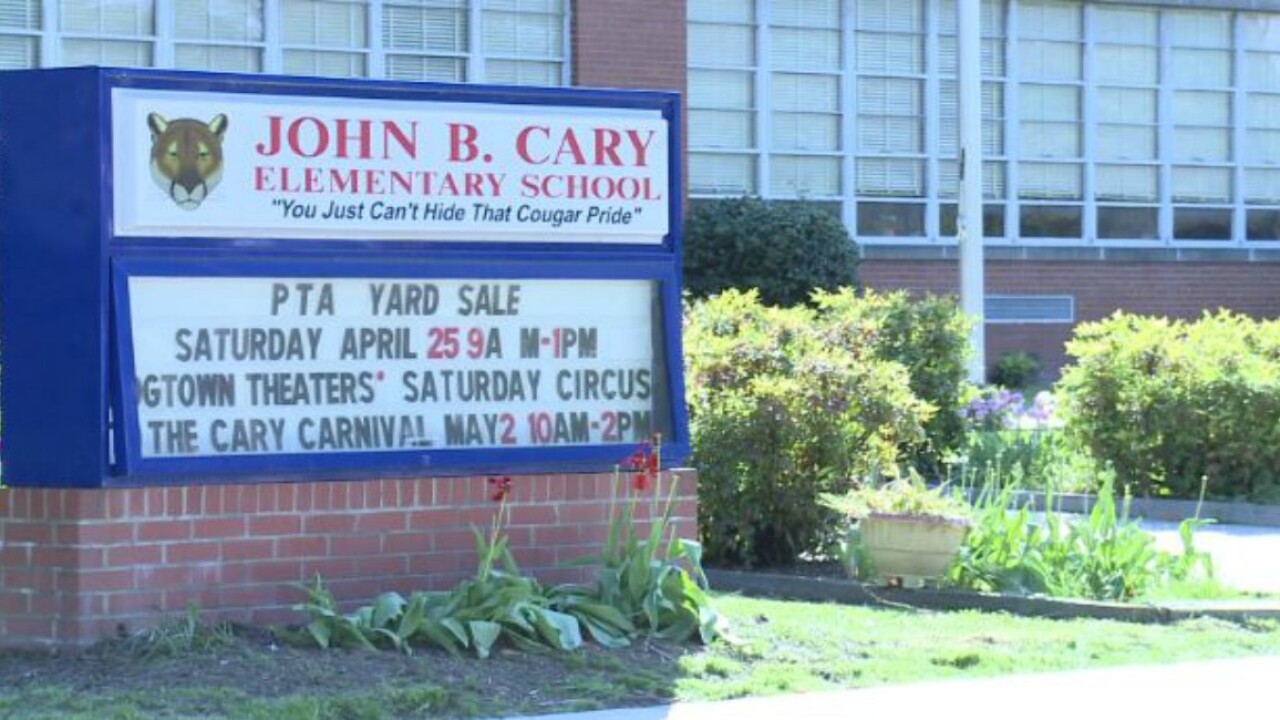 RICHMOND, Va. -- A Richmond elementary school with a foul odor is safe for students and staff to stay in for the rest of the school year, according to Tommy Kranz, Assistant Superintendent for Support Services for Richmond Public Schools.

School staff first detected the stench at John B. Cary Elementary School more than a year ago, and since then RPS has spent $90,000 trying to get rid of the issue.

“It stinks really bad, it smells like rotten eggs and fish,” Malachi Revels, a fifth grader at the school, said.

But, even after bringing in France Environmental to study the stench, officials are no closer to findings its source.

Kranz and an officials from France Environmental met with faculty and staff at the school Friday evening to share the results of a laboratory report conducted at the school.

“I’ve looked at the test results, I’m comfortable with the procedures we’ve conducted, with the companies we’ve used,” Kranz said.

Kranz said teachers at the school voted to stay at Cary for the rest of the year after RPS said it would check if increasing airflow in the building would help.

“We’re going to test the rooms, the building, every single Monday at 10 a.m., so we’ll get good case data,” Kranz said.

But many teachers remain concerned that the source of the problem remains up in the air.

“We do have some of our staff that are having concerns because they’re having some health related issues, and they believe those issues are coming from the building,” Kranz said.

Cary is in School Board Member Mamie Taylor’s district and she said she is working to get trailers brought to the school to alleviate those issues.

“So those that are becoming ill, or having a difficult time with the environment, have a place to go without having to uproot from the facility,” Taylor said.

Kranz said if the stench does not go away by the end of the year, they will have to re-evaluate and possibly move the students.