Virginia State Police said the two-vehicle crash happened just before 8:10 p.m. at the intersection of Route 156 and Route 35.

Officials said that the trooper was transported to the hospital with minor injuries. The other driver was not injured.

VDOT said that all lanes had reopened by 9:50 p.m.

State police are investigating the wreck. 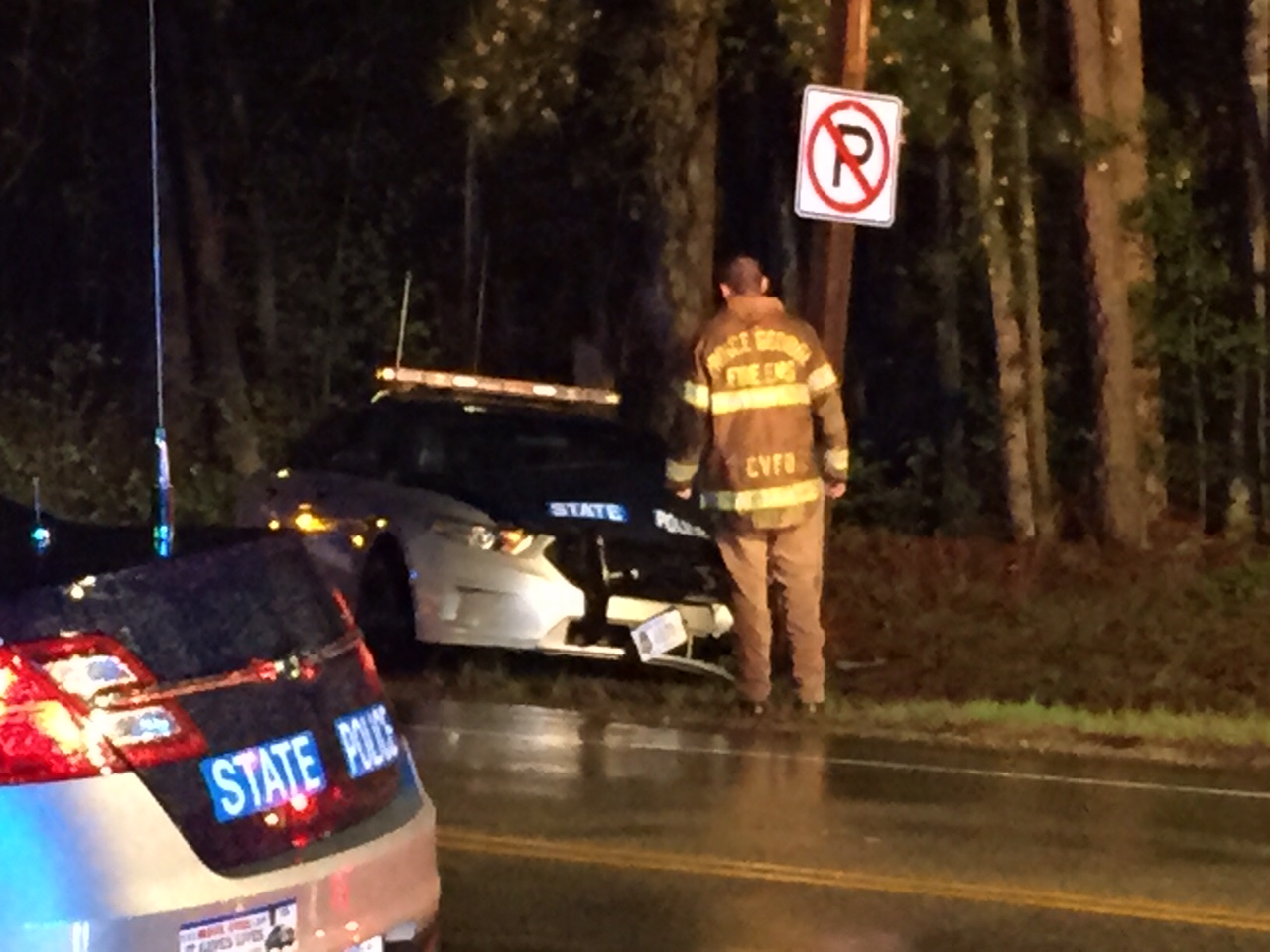