RICHMOND, Va. — A Richmond fire truck got stuck in a sinkhole on Noble Avenue, near Rennie Avenue, in North Richmond Thursday morning. The truck was returning from, not responding to, an emergency call when it got stuck. The truck was still stuck as of 10:45 a.m. 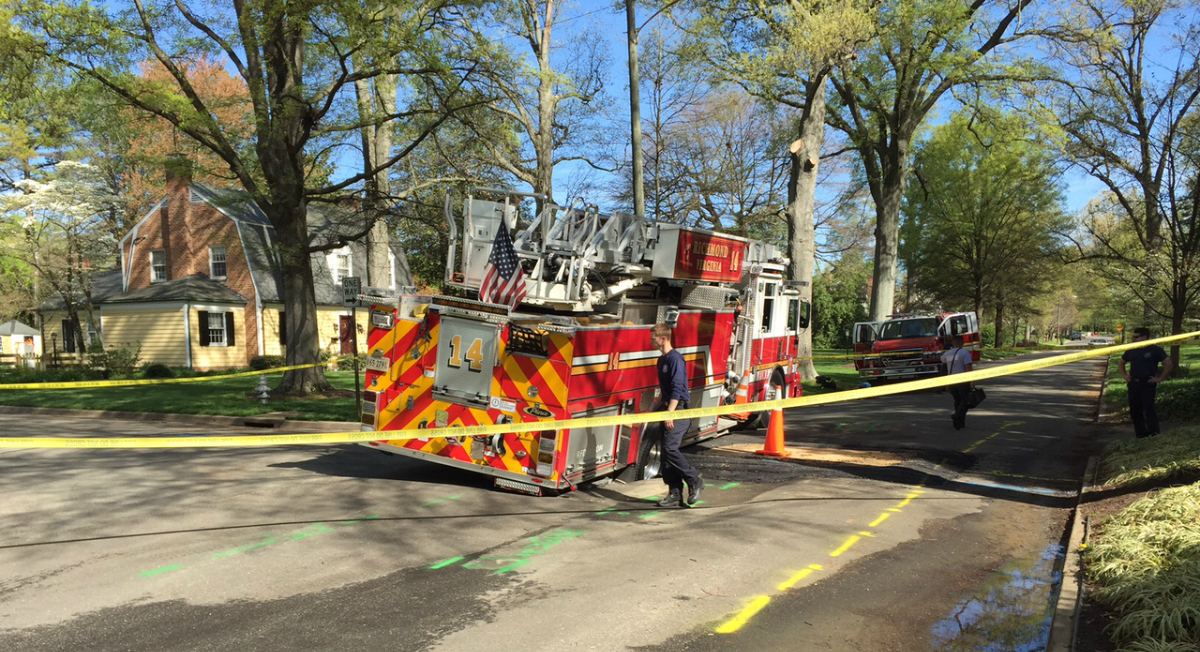 The hole that swallowed the fire truck’s tire was reported to the city’s SeeClickFix website over the weekend.

“There is a VERY DANGEROUS pothole forming at the intersection of Rennie and Noble,” the online report read. “Already it could break a car axle if someone hit it too fast. But from the way it’s forming it looks much more severe than your average pothole – more like a sinkhole.”

Someone from the city acknowledged the report on April 12 and said the report was submitted to the city for review.

No one was injured in the incident.