“Officers approached the vehicle on foot and observed a female attempting to inject a male with suspected narcotics. There was also another male and female in the vehicle along with a four-year-old juvenile,” Lt. Eley said. “The investigation revealed that the adult passengers had just purchased narcotics and drove to the location to consume the contraband.” 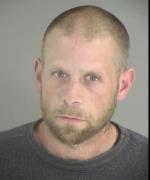 The four-year-old child in the car was placed into the custody of the Department of Social Services. Police did not indicate to whom the child belonged.