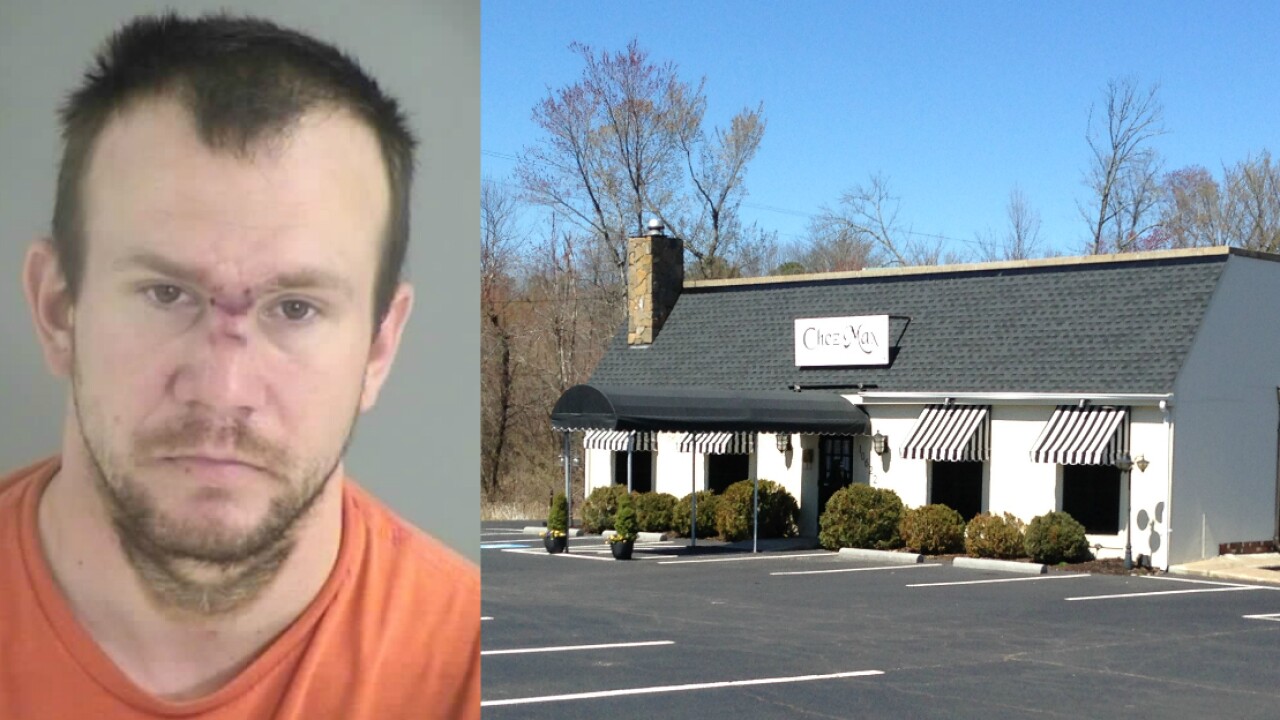 HENRICO COUNTY, Va. — A Cumberland County man is in custody after spitting on a Henrico police officer Saturday night.  Police say that there was a single-vehicle accident at Patterson Avenue and Lauderdale Drive around 8 p.m. where the suspect, Joseph Ellis, hit a curb.

The crash was a result of driving under the influence, according to the Henrico Police Department.  They say that Ellis then fled the scene of the crash and walked to a nearby restaurant.

It was reported that Ellis later attempted to break into other vehicles in the restaurant’s parking lot.  When confronted by law enforcement, Ellis reportedly spit on an officer.

Ellis is facing a number of charges from this incident including driving while intoxicated, auto theft, indecent exposure and assault on law enforcement.

Ellis, who is being held in the Henrico County Jail, is due in court Monday at 9 a.m.