Barricade suspect makes a run for it after police deploy explosives

RICHMOND, Va. -- After several attempts using explosives to gain access to a man barricaded inside a South Richmond home on Friday night, Richmond Police caught the man as he tried to escape through a back door of the home.

The standoff started shortly after a woman was shot Friday afternoon.

The SWAT team arrived after the man barricaded himself in a home on the 4200 block of Stockton Street.

According to Richmond Police spokesman Gene Lepley, a small explosive, controlled by a robotic breaching tool, was used to open the door of the house in question.

CBS 6 reporter Jerrita Patterson said that at least three blocks of Stockton from Welton to Bedrock Lane are blocked off during the standoff and neighbors were evacuated from their homes.

Richmond Police said officers were dispatched after a report of a shooting in a home on Stockton Street around 4:20 p.m.

“The man associated with that incident we were hoping to talk to,  but he put himself in the house and will not come out,” Lepley said. 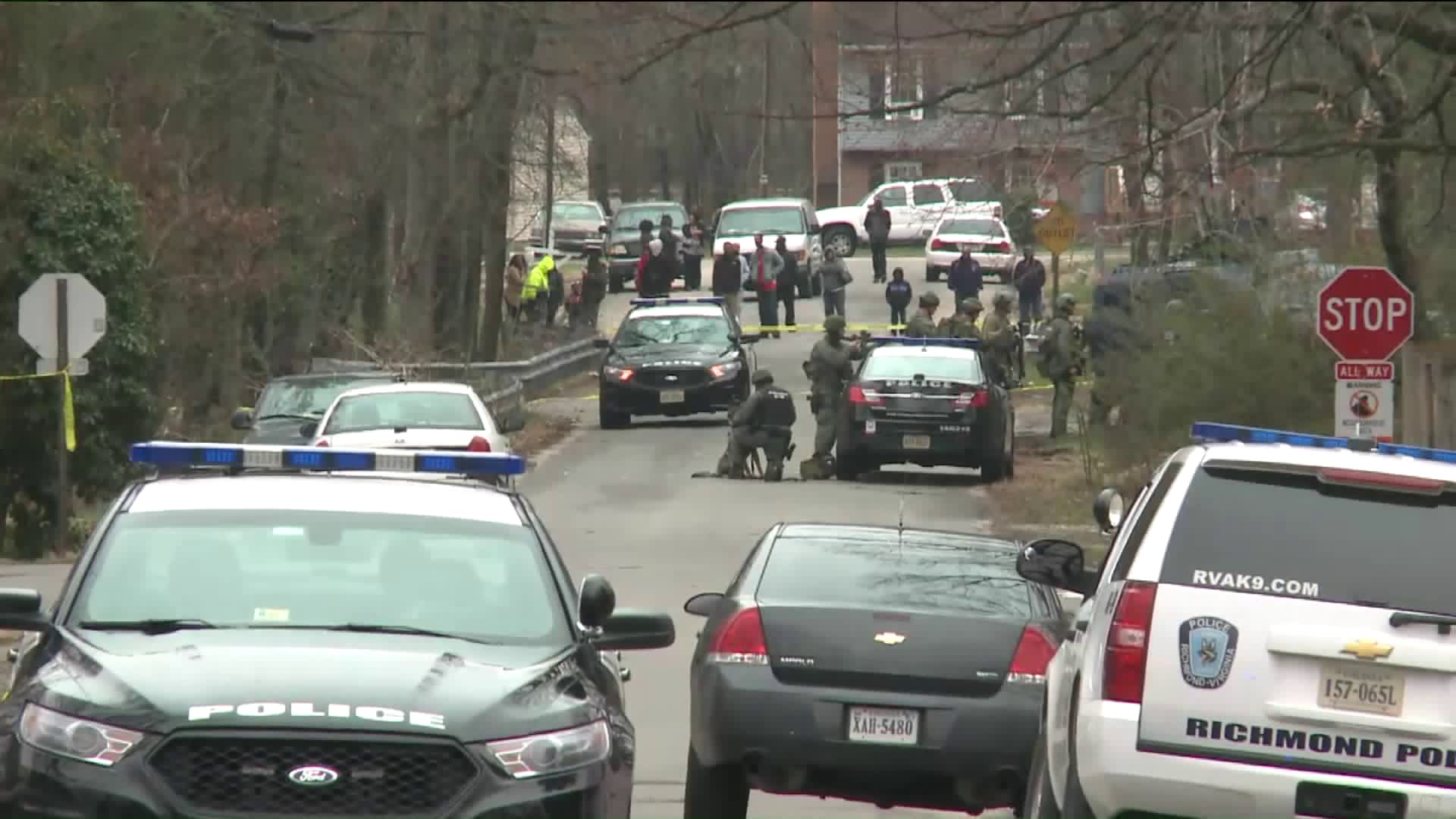 Lepley said that the female victim was taken to the hospital with non-life-threatening injuries.

Lepley added that the man holed up in the house and the shooting victim do know each other and that it was not a random act.

Scroll down for Patterson's LIVE updates from the scene.  Check back with WTVR.com for updates.