CHESTERFIELD COUNTY, Va. -- A manhunt for an escaped sex offender concluded after he was found hiding under a porch of a home in the 2700 block of Lansdale Road, in South Richmond, according to U.S. Marshals. The search concluded after about four hours. The Virginia Center for Behavioral Rehabilitation inmate, 54-year-old Robert Hanna, assaulted a guard at a Chesterfield treatment facility on Professional Road Thursday morning and escaped into the woods, police said.

A multi-jurisdictional search helped find the suspect. He was able to just cover about half a mile.

"The commanders on scene felt pretty confident that since he was on foot and we established a perimeter pretty quickly, that he was in here, laid down somewhere," said Chesterfield Police Captain David Shand. "It was a true team effort by all agencies involved."

"It's surreal and it's very unnerving," said Rebecca Ronesi-Gutierrez, who watched as armed officers and police dogs swarmed the neighborhood in search of the fugitive.

Several neighbors were able to point police in the right direction, that led to his discovery.

A witness heard screams as Hanna overpowered a female guard.

"I heard a lot of screaming going on and they were fighting and she ran into the facility, and I asked if she was okay and she said 'no, he took the keys from me," said Randy Crawley. Crawley watched as Hanna undid his shackles and ran off.

Although the ordeal was over with before school was let out, during the manhunt officers were stationed at the doors to nearby schools and were checking cars going into the parking lots.

Hanna has been charged with attempted abduction, attempted carjacking, felonious assault and escape from custody of mental health. Hanna is currently being held at the Chesterfield County Jail without bond. 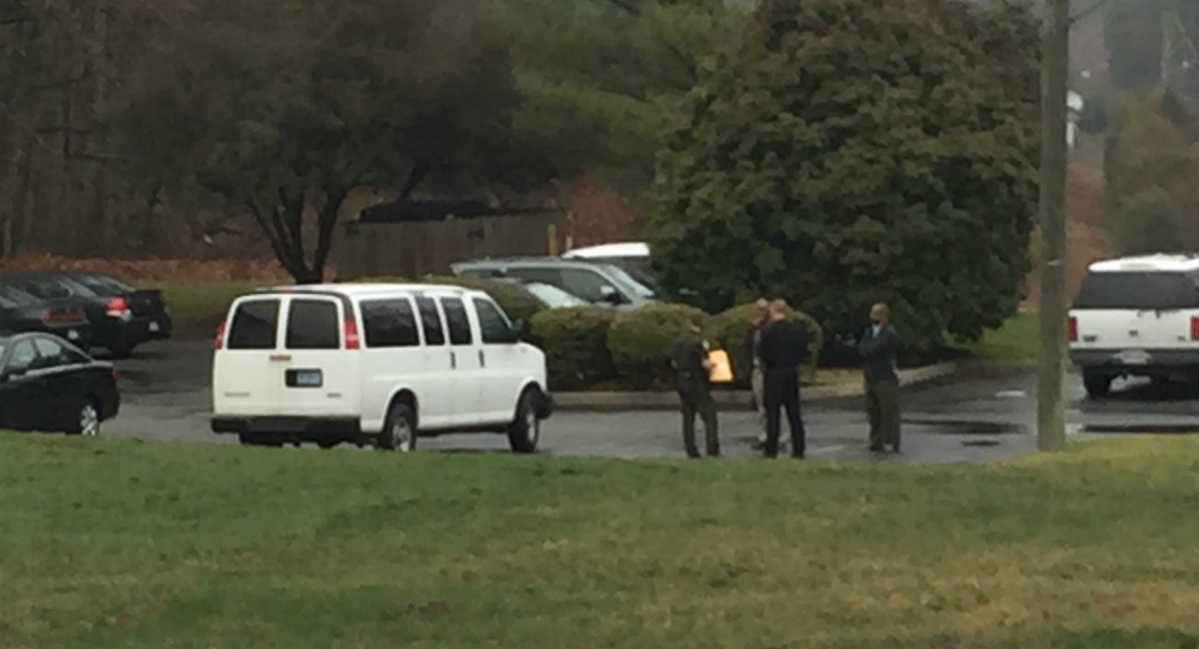